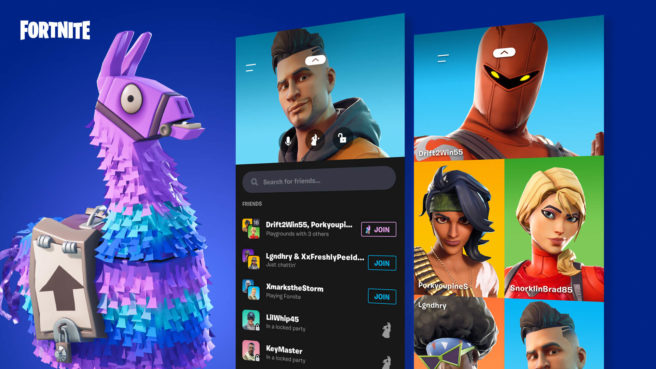 Fortnite’s latest update has been deployed. Version 10.31 features a new Party Hub, along with some changes and bug fixes.

Party Hub
Hang with friends while you’re on the go so the party never stops. See who’s online, party up, and play together. (Or just voice chat!) For a deeper dive on Party Hub, read our FAQ here.