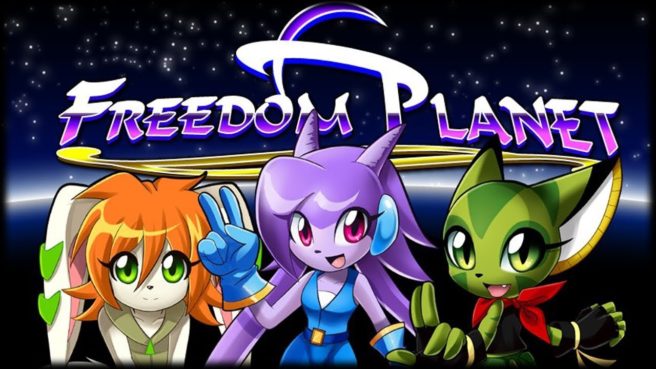 Freedom Planet on Switch is official. After GalaxyTrail teased it early in the week, XSEED has announced a partnership with the studio that will involve a new eShop release this fall.

You may recall that Freedom Planet previously ended up on Wii U. The 2D platformer features fast-paced combat “that pits a spunky dragon girl and her friends against hostile foreign powers and alien attack forces.”

Continue on below for additional information and a trailer for Freedom Planet.

Freedom Planet is a fast-paced combat-driven platform adventure that pits a spunky dragon girl and her friends against hostile foreign powers and alien attack forces. There’s trouble around every turn, from insects to giant robots to sheer explosive destruction, but players will have a variety of special fighting abilities at their disposal to blast through more than a dozen massive, nonlinear stages. The campaign may be played through as Lilac, Carol, or the unlockable Milla, each of whom has completely unique gameplay mechanics, an altered story mode in which the selected character takes the lead, and even a few of her own unique stages.

Developed by GalaxyTrail and slated for publishing on Nintendo Switch by XSEED Games, Freedom Planet will release this fall digitally on Nintendo eShop for Nintendo Switch. More information on the game can be found at http://freedomplanetgame.com/. The Nintendo Switch version of this title has not yet been rated by the ESRB.