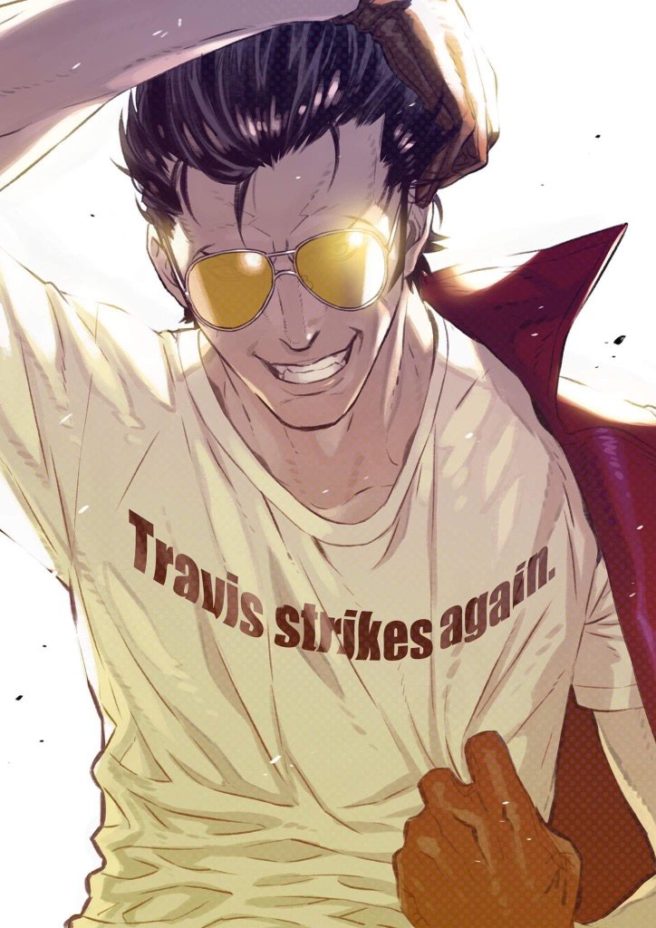 Suda51’s appearance and his subsequent announcement of a new game featuring Travis Touchdown was definitely one of the biggest surprises at the Switch presentation. Suda51 has now posted the piece of artwork used to announce the game on his personal Twitter account, seen above. He also notes that the artwork was drawn by Yusuke Kozaki, who is perhaps best known among Nintendo fans for his character design work on Fire Emblem: Awakening and Fire Emblem: Fates.