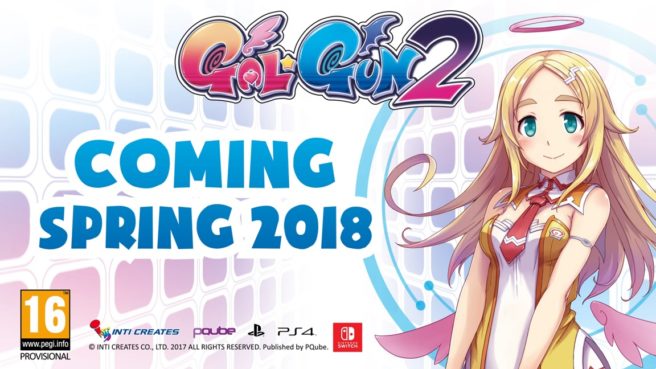 Before a game is released, it needs to go through the classification process. All titles are submitted to the likes of the ESRB and PEGI for ratings.

Here’s what PQube says about the situation:

Today we have received word that Gal*Gun 2 has been refused classification in Germany.

We’ll always try to get games through classification regardless of the possibility of it being denied, as we feel that everyone should have the right and the access to play the games they want to play. It is our opinion that disliking the content in a piece of entertainment or art, and voicing that dislike, is totally fine and even encouraged, but denying that work the right to exist in a market based on personal opinions and prejudices, is something we strongly disagree with.

Unfortunately our appeal against this decision has been unsuccessful. Given that Gal*Gun: Double Peace did receive classification in Germany, we’re doubly disappointed that we cannot bring the highly-anticipated title to our fans in Germany. However, we will have to accept and respect the decision of the USK.

The situation is slightly strange if only for one reason. With Gal*Gun Double Peace, it was successfully rated by the USK, and the content of Gal*Gun 2 doesn’t appear to be dramatically different.