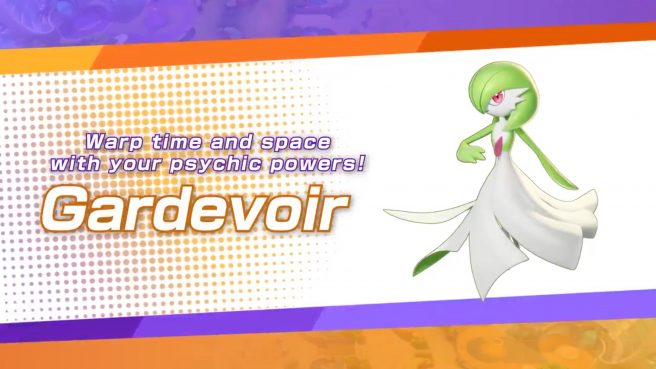 Pokemon Unite, which only just launched on Switch last week, is about to add a new creature. Gardevoir is set to join the game tomorrow, it’s been announced.

Here’s a look at Gardevoir in action:

Attention, Trainers! Gardevoir is arriving to the shores of Aeos Island on July 28!

Keep your eyes open for when this Ranged Attacker steps into battle this Wednesday! #PokemonUNITE pic.twitter.com/3eurxLvZH5

Pokemon Unite is out now on Switch as an eShop download. The mobile version will follow in September.