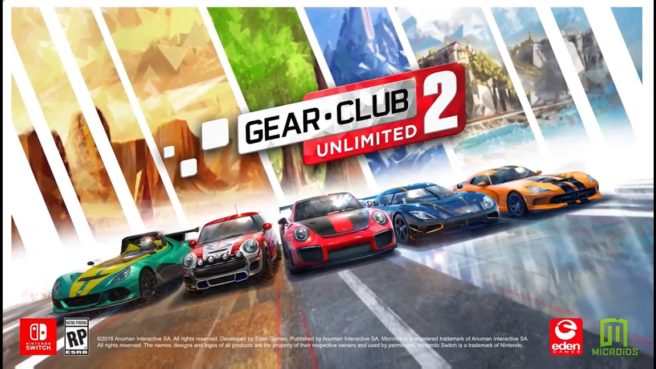 In Gear.Club Unlimited 2, players will race along more than 1,800 miles of roads at the wheel of the most beautiful cars made by top manufacturers. The frantic races will take them across varied environments, such as snowy mountains, wooded valleys, desert roads and heavenly coasts, as part of championships, missions and challenges.

In their garage – a key feature of the Gear.Club Unlimited franchise – players will not only be able to admire their growing collection of cars, but customize them to make them unique and more powerful. And drivers are nothing without their club: players can create and manage their own club, and will have to recruit the best drivers to take on rival clubs from all over the world in order to reach the top of the podium.

And here’s a teaser:

Gear.Club Unlimited 2 launches at the end of 2018. Microids will offer the title physically and digitally.