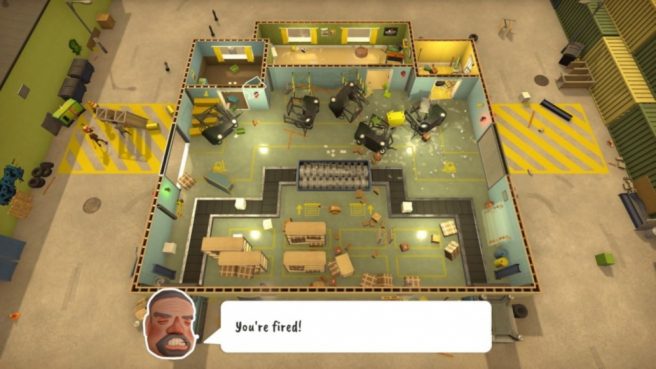 Coatsink and Moonshine Studio have come through with a new launch trailer for Get Packed: Couch Chaos, their couch co-op removals game. The video celebrates the launch on Switch this week.

Get Packed: Couch Chaos is the expanded edition of the couch co-op removals game that’s full of calamity and physics-based carnage for 1-4 players, and it’s now on Nintendo Switch!

With little time and even less caution, your ragtag removals team gets to work rapidly relocating the entire town…leaving a trail of destruction, explosions, and debris in your wake!

Couch Chaos is a truck load of fun with its story-driven campaign, destructive game modes, and selection of mini games, hosted at Drillbyland.

Get a look at the launch trailer for Get Packed: Couch Chaos below.