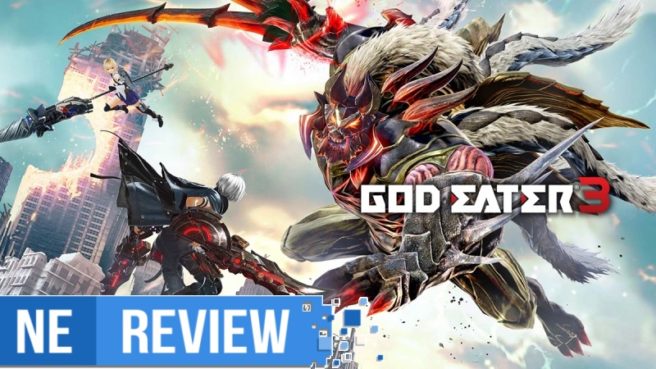 God Eater has had a long and fruitful history since debuting close to a decade ago. The latest entry, God Eater 3, still stays true to the series’ roots with a deep customization system, mission output, and reasonable hubs. But what make it really stand out this time around is the overall tone, structure, and feel since it’s been developed by an entirely different team this time around, moving from Shift over to Marvelous. God Eater 3 takes the best portions of each of its predecessors to give a game that feels whole and connected, with seamless field traversal, new types of God Eaters known as AGEs – or Adaptive God Eaters – as well as fast-paced fighting and action to give a larger sense of fluidity that’s usually missing in games of this nature.

God Eater 3 undoubtedly stays true to form, so long time fans will feel right back at home, but in the bigger picture there’s a lot that’s changed, mostly for the better. Ashlands began to rise and slowly take over large portions of the world, riddled with Aragami, the monstrous deities Adaptive God Eaters go out and fight, and swallowing entire landscapes forcing much of humanity to perish or seek shelter underground and in the skies. Due to the storms that brought about the Ashlands, Fenrir, a staple of God Eater in the past, has collapsed, as well as many God Eaters with it. In this day, very few can now go out and cover ground to look for resources as well as protect what little viable areas they have left, and those that fight are known as Adaptive God Eaters – or AGE for short. The biggest difference between them and normal God Eaters is that they can survive in the Ashlands, and a big part is due to the fact that they are more demon than anything else, so the fear of corruption always lingers within those that fight for the protection of others. It’s a unique take on God Eater that keeps things interesting, having these characters and humanity evolve little by little in front of our very eyes, but the question as you play remains: At what cost? 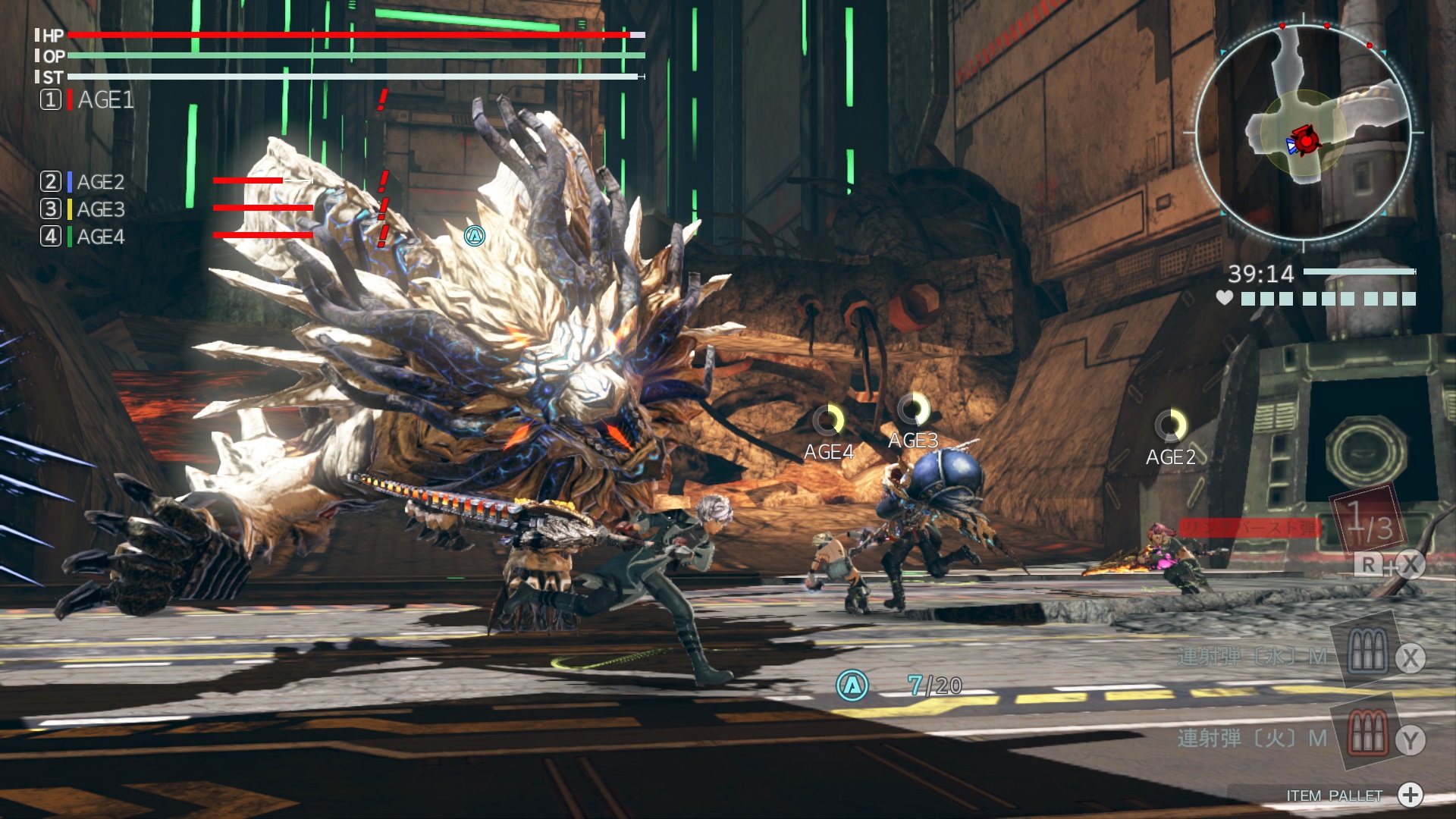 Similar to titles like these, players will create their own character to fight alongside other AGEs, and since this is unfortunately a scenario with yet another silent protagonist, the true main character and narrative will be told around another NPC – in this case Hugo. Starting out imprisoned, Hugo helps you get on your feet and come back to your senses as you train and hone your skills as an Adaptive God Eater making sure it’s used for the greater good. You’ll occasionally have dialogue choices and help make decisions throughout the course of the game, but you’ll mostly act as a supporting character as you experience the narrative of Hugo and other AGEs you meet along the way, fighting for survival and a second chance at being free.

Character customization is incredibly deep, so multiple save files allow for different types of characters and setups should you so choose, though most things aren’t permanent in God Eater, so feel free to change weapons, hairstyles, skintones and more at any point throughout the game. If you’re the type to spend a while in a character creator, you’ll have a lot to love about God Eater 3 when you begin the game, and there’s plenty more to unlock throughout the rest of it. You’ll acquire in-game currency to unlock new outfits and weapons as well, and with the proper materials you can craft as much as you’d like and look however you’d like. Thankfully the aesthetic is just that, and any weapon and skill enhancements come from a separate menu and system that’s tuned for those so your character can look however it wants without any external obstruction that may ruin the vibe you’re going for.

With customization being such a big part of God Eater 3, your choices in weapons, known as God Arcs, while categorized, feel endless in terms of setups, utilization, and more. Prefer a big Buster Blade with a fire attribute that has heavy piercing but is heavy to wield? No problem. Maybe you’d like that same weapon but optimized for speed, allowing for fast and brutal damage but at the cost of massive stamina? Can do. How about a spear that automatically poisons, takes very little stamina, but maybe doesn’t do as DPS as other weapons? Go for that. Every weapon has its own tree alongside upgraded versions of those same weapons in which those have trees of their own, leaving the player to choose exactly how they’d want their weapon loadouts to be. 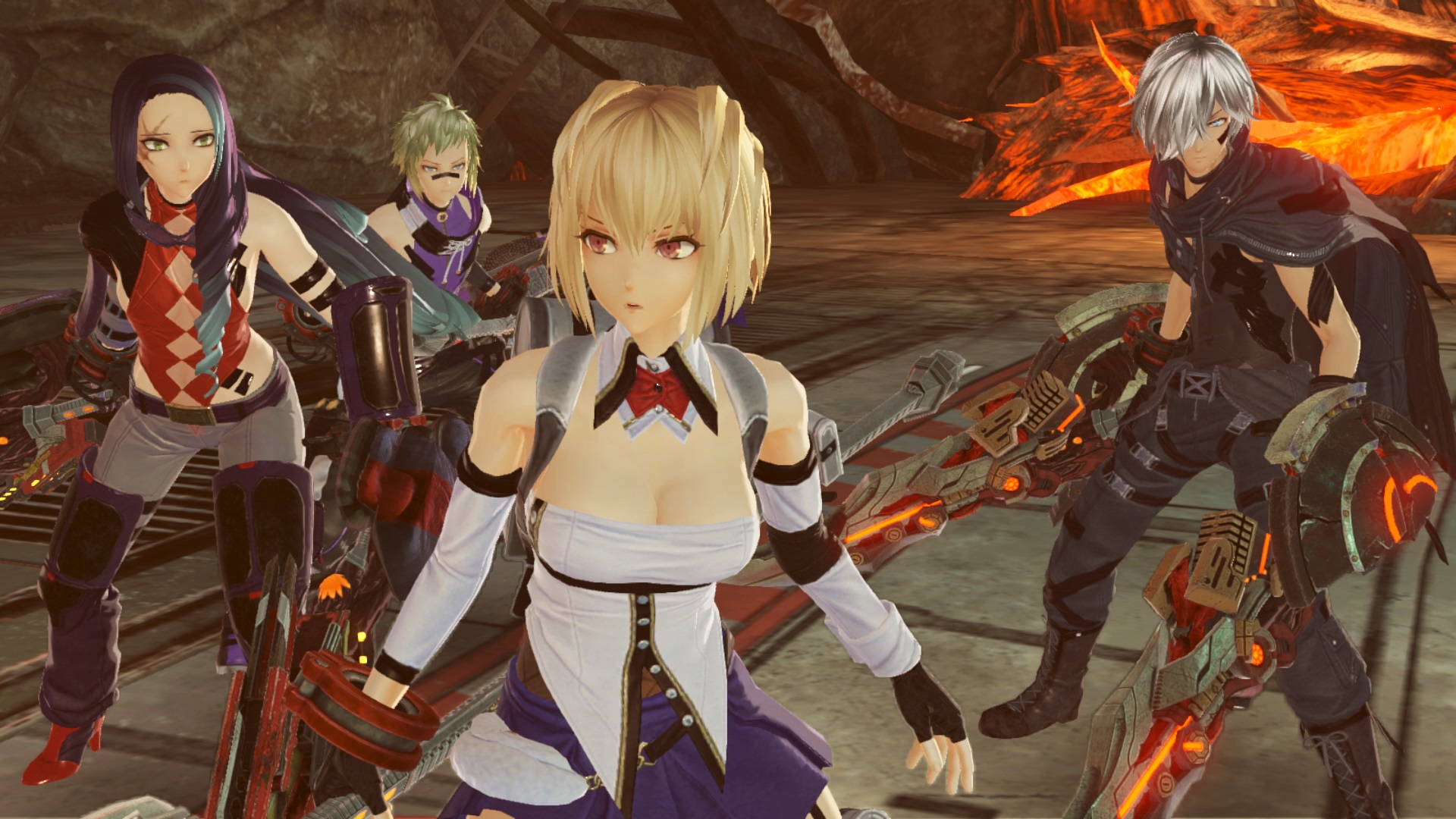 With the click of a button, AGEs can go between their main and subweapons, typically a blade of some sorts for the melee portion and a gun for your ranged setup. Going back and forth between these on the field is seamless, and while most of the time I was up close and personal with the Aragami since my team was diverse enough to handles most situations, the guns definitely come in handy, especially since you can switch bullets on the fly, choosing any kind of elemental that could be the most effective against the type of Aragami you’re up against. As are with the melee weapons, guns come in a variety as well, choosing from sniper, shotgun, and rifle-like God Arcs at your disposal.

There are terminals at your hubs that you can go to that takes care of all the customization, as there isn’t really much able to be done in the main menu outside of looking at your setup and options. While I wish you could do more without having to go to a terminal, these specialized computers also serve as databases that allow you to look at everything you’ve found and come into contact with, from monsters to materials to locations, as well as being able to look at character bios that are updated with more information as the game goes on. Again, I wish I wouldn’t have to go to a terminal all the time to do some of this stuff – primarily equipment related tasks – but it gives the hubs a bit more interactivity as there’s unfortunately not much to do or look at in each of them besides talking to people with only a few sentences of dialogue that don’t contribute much to everything going on. The hubs could certainly be more lively, but at the same time it keeps with the atmosphere of everyone being distraught with humanity at risk.