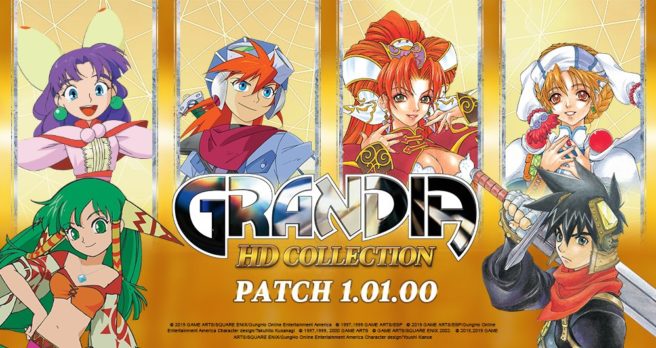 GungHo Online Entertainment has announced that Grandia HD Collection is getting an update on Switch. Version 1.01.00 should be live today.

The new update includes Japanese language support, improved frame rate optimization, enhanced visual effects throughout, additional bug fixes, and more. We have patch notes below based on the Steam versions of Grandia and Grandia II, which should apply to Switch.

Full Japanese support has been added.