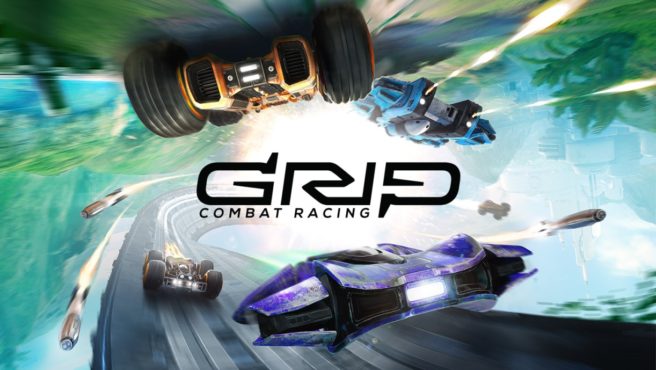 Publisher Wired Productions and developer Caged Element have announced a major update for GRIP: Combat Racing. Later this month, a new anti-grav racing class will be added alongside additional levels. All players will be able to download the “AirBlades” update for free.

Bringing a whole new vehicle class, and uniting two genres from the 90’s together for the first time, anti-grav racers called ‘AirBlades’, powered by an Element 115 anti-grav engine, fight against the aggressive wheel based mechanical monsters called Rollers, that launched with GRIP: Combat Racing, with both classes able to flip on any side, and choose their own path, not defined by the laws of gravity.

AirBlades is available on all the original race tracks that launched with GRIP: Combat Racing, plus all new levels set in out of space and is a completely free update for players. The inclusion of this latest update adds a robust new set of features sure to thrill fans and adrenaline junkies. GRIP: Combat Racing is now two games in one, giving racers the choice of how and where they drive!

We’ve included a trailer showing off the GRIP: Combat Racing AirBlades update below.