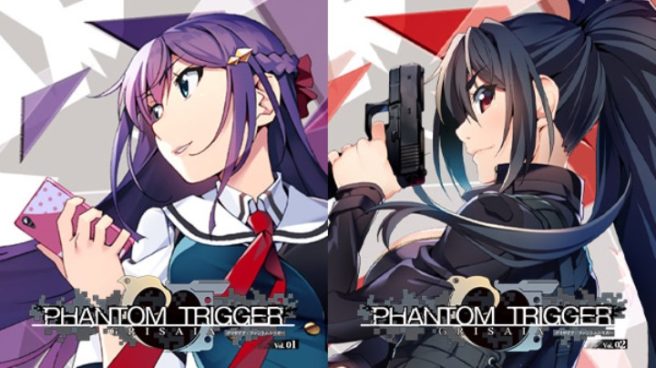 Grisaia: Phantom Trigger Vol. 1 & 2 will launch for Switch on June 25, Prototype confirmed today. It will be sold digitally via the eShop.

Here’s a new trailer, along with recaps of both titles:

Grisaia: Phantom Trigger is a visual novel series set in the world of the acclaimed Grisaia franchise, featuring a totally new storyline and cast of characters, and brought to you by returning character artist Akio Watanabe and writer Ryuta Fujisaki.

This new incarnation of Mihama Academy is home to a diverse group of students, who every day work to polish their unusual skills – sometimes on the job. There’s a gunslinger called Rena (nickname: “The Rabid Dog”), a sniper named Tohka, a demolitions expert called Chris, a spy named Murasaki, and finally, Haruto, their handler. Together they make up an agency called SORD (Social Ops, Research & Development). The specialist training school now entrusts the misfit girls who attend it with guns and live ammunition in the name of national defense.

Paying their own safety no heed, these students are again and again plunged into dangerous extrajudicial missions—all for the good of the realm.

“We’ve been granted a place in the world.

That alone isn’t enough—there wouldn’t be any meaning in living, if that was all we had…

It’s not enough just to get by on the backs of others. I live by my own strength, and I fight to survive.

Because only the survivors among us belong with the living…”

No matter how much life grinds them down, what future awaits these girls, who’ve themselves chosen the path of the gun?

A VIP arriving from abroad mysteriously disappears in transit. The SORD team at Mihama Academy (Rena, Tohka, Chris, and Murasaki) are presented with a new mission: finding and recovering him.

Whenever they appear to be closing in on this missing “package”, though, it somehow slips through their fingers.

Accompanying them on their mission are two fellow SORD members from the Kyousen Sakuragaoka campus—twin sisters, who both help and hinder the crew.
There have also been rumors floating around of a daredevil biker named “Soul Speed”, who tears up the streets at night. What role might she play in this escapade?

Before long, the team’s thrilling chase descends into a deathmatch, pushing the combatants to their limits and beyond. Rena and Haruto, meanwhile, are taken on a journey deep into the past, to their first ever encounter.

“If the price is right.”

Did Haruto really show Rena the path to salvation? Or is she on the road to hell…?

Grisaia: Phantom Trigger Vol. 1 & 2 will support English, Japanese, and Simplified Chinese language options, so we should be seeing this release in both North America and Europe in addition to Japan.