Gunbrick: Reloaded getting a physical release on Switch 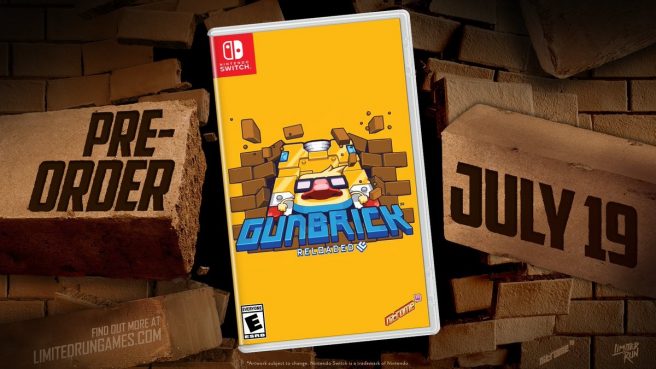 A physical version of Gunbrick: Reloaded is currently planned, Limited Run Games has announced. The company will be offering it as part of its distribution line.

Gunbrick: Reloaded originally made its debut in April 2020. Nitrome has thus far only made the puzzle-platformer available digitally, so collectors will soon be able to add it to their physical collections.

Encounter wasteland mutants, crazed nerds, law enforcement and all manner of cube based adversaries in this action packed puzzle platformer.

You’ll be able to pre-order the physical version of Gunbrick: Reloaded on Switch starting July 19 at 12 PM ET. Limited Run Games will be accepting reservations here until August 21.