Has-Been Heroes will have support for HD Rumble 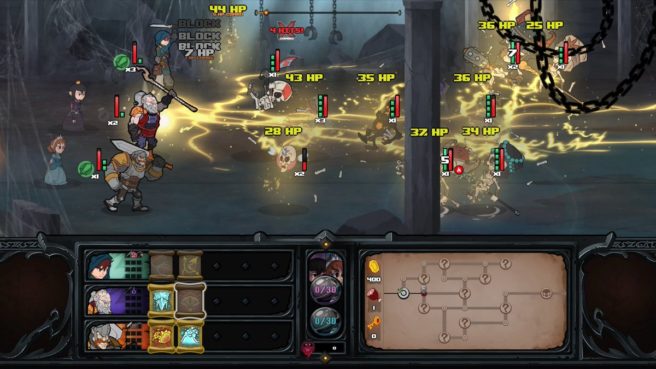 Has-Been Heroes will support HD Rumble on Switch, according to Nintendo’s website. An overview of the game says that various features of the system are included “from the controller’s innovative HD Rumble to the ability to seamlessly go from console to portable while never stopping the adventure.”

Has-Been Heroes is set for release on March 28. A more detailed overview of the title can be found with the full overview below.

“Has-Been Heroes is a challenging, rogue-like game of strategy and action, featuring a band of heroes on a quest to escort the King’s twin princesses to the Princess Academy. The player controls three characters and must focus on combining hundreds of different spells to create devastating combo effects that can be used against enemies along the way. The rewarding, strategy game features irreverent humor, expanding world maps and increasing levels of difficulty. Players will stay focused and engaged in the gameplay as the quantity and randomness of spells and items allow for thousands of new experiences and will force the player to change their game style each time, while the specter of permadeath could cause the player to lose everything!

Has-Been Heroes is a challenging game of strategy and action, where the player controls three characters across three lanes, and must learn to combine hundreds of different spells for different combo effects.

– A combination of turn-based and RTS game mechanics featuring easy-to-learn basics that are tough to master and evolve into frantic complexity.
– Filled with unlockables that will keep the game fresh each time including 300+ spells, 200+ items, 14 regions, and 12 heroes.
– Each run is different, and with each level the length of gameplay increases, compounded by the peril of instant death, which forces the player to start over from the beginning.
– The game takes advantage of many of the unique features of Nintendo Switch – from the controller’s innovative HD Rumble to the ability to seamlessly go from console to portable while never stopping the adventure.”