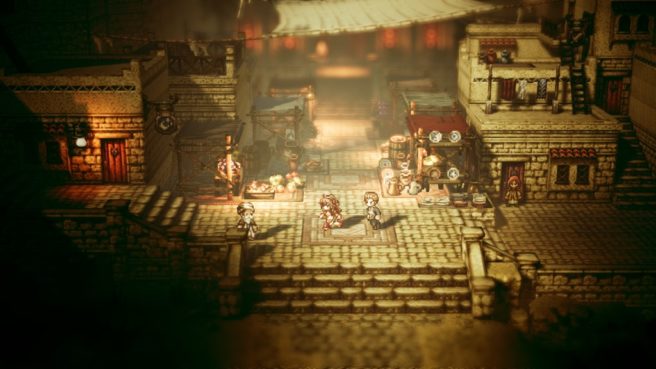 Late last week, Square Enix filed trademarks for “HD-2D” and “HD2D” in Europe. Octopath Traveler has been connected to the term as a way of describing the RPG’s art style. Based on the trademark, Square Enix could be interested in creating additional titles with the same look.

Octopath Traveler producer Tomoya Asano mentioned last June that “Square Enix has decided that it wants to focus on original titles for the Switch.” He also teased, “There are several other titles that we’re currently working on for Switch. If you could just wait a bit longer, we’ll work with Nintendo and announce them in the future.”