Hextech Mayhem: A League of Legends Story announced for Switch 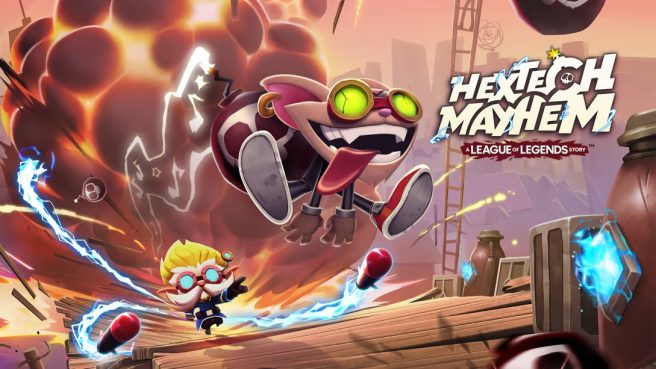 Hextech Mayhem: A League of Legends Story has just been announced for Switch, and you won’t have to wait very long to play it.

The new title comes from publisher Riot Forge and developer Choice Provisions, the studio behind the Bit.Trip series, Runner2, and Runner3. It’s a fast-faced rhythm runner where “every action has an explosive reaction and no amount of mayhem is too much.” You’ll play as yordle and Hexplosives expert Ziggs while rampaging through the neighborhoods of Piltover.

Bomb, bounce, and bop to the beat of the music to avoid obstacles, disarm enemies, and light fuses to achieve maximum chaos. Cause musical mayhem while outrunning no-fun-allowed Heimerdinger in your quest to build the greatest bomb the world has ever seen!

Use the Freestyle Mayhem System to create spontaneous blasts and grab bonus points… all while dodging the fun police and showing them what they’re really missing.

We’ve included the debut trailer for Hextech Mayhem: A League of Legends Story below.

Hextech Mayhem: A League of Legends Story will cost $9.99 on the Switch eShop, and pre-orders are now live – you’ll get an exclusive Ruined Ziggs Skin by putting in a reservation. The game launches on November 16 as a digital download.