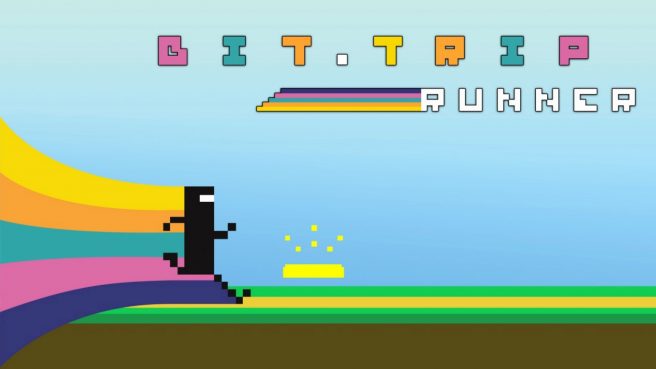 The Bit.Trip series started out way back in 2009 on WiiWare. Bit.Trip Beat was the first game, and was followed by an additional five titles that experimented with different genres. The original series is now just a few weeks away from releasing on Switch.

According to eShop listings, all six Bit.Trip games are launching for Switch in December. Bit.Trip Beat, Core, Void, Runner, Fate, and Flux will be distributed at the same time.

Here’s an overview of each game, along with a trailer originally shared for Wii:

From gameplay to visuals to music and imagination, Bit.Trip Beat is inspired by classic games in every way. Get sucked into a whole new world of sight and sound as you juggle beats and ride the vibe in this modern look at the beginning of it all. Originally released for the Nintendo Wii in 2009, Bit.Trip Beat makes its triumphant return to Nintendo platforms.

Dive controller-first into unfamiliar territory, blast your way through a barrage of beats in this rhythmic-music adventure.

Bit.Trip Void is a synesthetic exploration of rhythm and music as they pertain to our everyday lives and moods. In a control scheme brand new to the series, yet wholly familiar to gamers, the player is given complete freedom to move about the screen wherever they desire, interacting with the music in brand new ways. The classic gameplay aesthetic remains, as color – and the absence of color – are explored to the fullest.

CommanderVideo sprints into the fourth phase of his metaphysical journey in Bit.Trip Runner.

Race across the Moon, kicking down crystal walls and sliding under chomping moon-slugs! Bound through the Robotic Mines and face off against the MinerMech! Dash through the Big City on a quest to find friends and defeat the final boss together!

Join CommanderVideo in Bit.Trip Runner, his most epic journey yet!

Bit.Trip Fate is the penultimate chapter in the six-part Bit.Trip series and will leave you wondering what’s next.

CommanderVideo’s journey is nearly complete, but the hardest part has yet to come. Guide our brave hero through a world of twin-stick gameplay, strange and powerful enemies, and environments unlike any you’ve ever seen before.

Bit.Trip Beat, Core, Void, Runner, Fate, and Flux all release for Switch on December 25. Pre-orders should be live worldwide shortly.