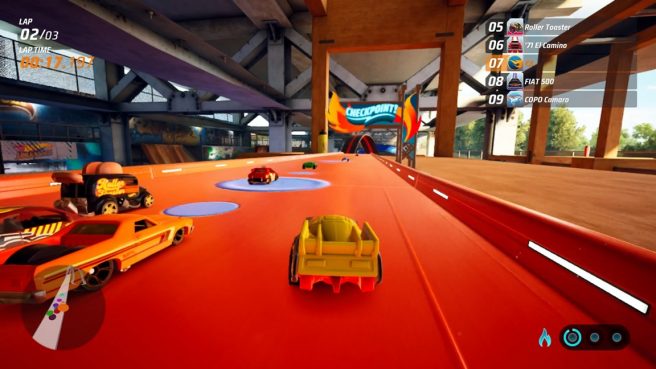 Ahead of its debut later this week, we have new gameplay from the Switch version of Hot Wheels Unleashed. There’s just under 30 minutes of footage in total.

COLLECTOR OR ARTIST? BOTH

The most iconic and sought after Hot Wheels vehicles are waiting for you. Get ready to make them race at full speed!

Stand out in the crowd by setting off your personality with the exclusive livery editor.

Prove your skills by competing in awesome races and get ready for pure fun! Drift, charge the booster and launch yourself into spectacular loops. But be careful! If you’re too slow gravity will do its job.

The bigger the challenge, the greater the glory.

Race side by side with your friends in split screen mode for 2 players or face up to 12 opponents in online challenges.

CREATE THE SHAPE OF YOUR TRACK

Waiting to host your races are enormous interactive environments with their own distinguishing features, where every object can become an integral part of the track.

Unleash your creativity with the most exciting track editor ever! Build your track by taking advantage of what surrounds you, and create amazing layouts inside and outside the race course. Bend and stretch the iconic “orange piece”, add loops, special boosters, obstacles and special elements to make an incredible amusement park for your races.

Share your craziest creations online and try those of other players.

RACE IN YOUR WORLD

Furnish your own personal room with a huge number of elements that you will collect during your adventure and host the most amazing races inside it.

Take a look at the Hot Wheels Unleashed gameplay in the video below.

Hot Wheels Unleashed launches for Switch on September 30. Even after the game has released, there’ll be more to look forward to as extensive DLC plans have been announced.

You can further learn about Hot Wheels Unleashed through the official site here.