How to get Mythra’s Smash Bros. Ultimate outfit (Massive Melee Mythra) in Xenoblade 2 and Torna 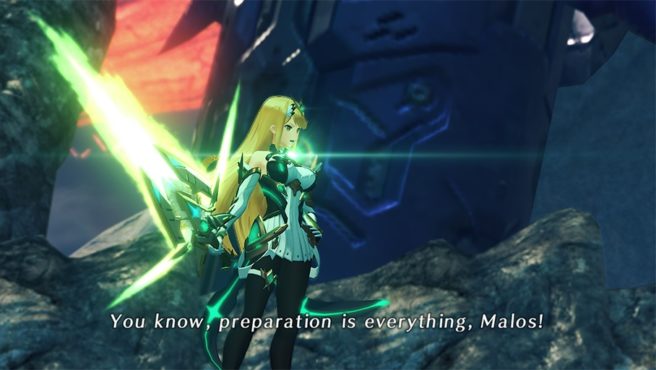 Xenoblade Chronicles 2 and its standalone Torna expansion received unexpected updates last night. Out of nowhere, Nintendo and Monolith Soft added the Massive Melee Mythra outfit to the game. This is the costume Mythra wears in Super Smash Bros. Ultimate as a Spirit.

Unfortunately, it might not be immediately clear as to how players can obtain the outfit. We do have some additional details as well as footage that gives more precise instructions.

If you’re playing Xenoblade Chronicles 2, head to the Salvage Deck of Goldmouth at Argetum Trading Guild. Look for the Nopon Brobro and he’ll give you Mythra’s new costume. Note that you’ll need to reach Chapter 4 first.

If you’re playing Xenoblade Chronicles 2: Torna – The Golden Country, visit Feltley Village Camp in Torna’s Lasaria Region. Nameless Wanderpon should appear close to the crater where Addam and Mythra show up for the first time.

Equip Massive Melee Mythra as an Aux Core to have it appear. In case you’re curious, it provides a 25% boost to her critical rate.