Hyrule Warriors: Age of Calamity – Wave 1 DLC – Pulse of the Ancients out on June 18 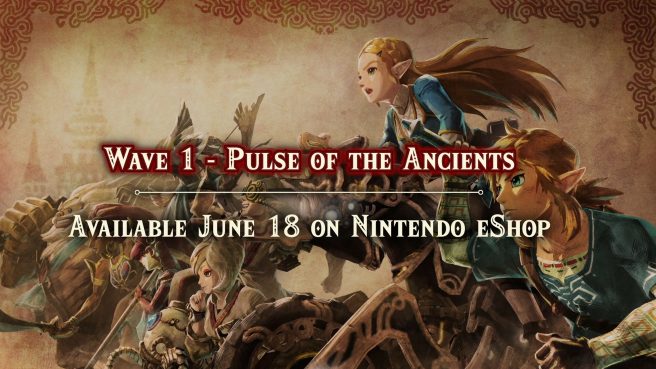 Hyrule Warriors: Age of Calamity has been out since last November, so some may have forgotten that the game still has DLC planned. Nintendo and Koei Tecmo shared the latest news during today’s Nintendo Direct.

The first wave of DLC, Pulse of the Ancients, launches on June 18.

To recap, here’s what each DLC drop includes: