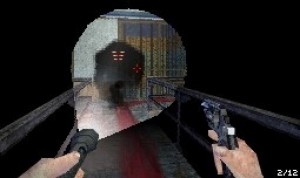 NE: All of your projects released thus far on the DS have been first-person shooters. What do you like about developing this sort of game for the DS?

JW: I think the DS is a great device for FPS gameplay. Using the stylus on the touchscreen to aim feels great. The DS hardware is powerful enough to produce a great gaming experience, and we’re constantly surprised with the results we’re getting with our engine. I think Dementium II will surprise a lot of people, even those who have played the first game.

NE: Are there difficulties in developing for the DS?

JW: There are difficulties in developing any game for any platform, and I don’t think developing for the DS is any more difficult.

NE: It may be premature to ask, but could Dementium III happen?

JW: We own the Dementium IP, so we have a lot of say on whether Dementium III will happen. I think it will. If we have to, we’ll fund it ourselves. It probably won’t be on the DS though.

NE: One game from Renegade Kid that is not a first-person shooter is Maximillian and the Rise of the Mutant Mudds. This game looks like a ton of fun, and it has been said that the game will be running at a full 60 frames per second. Was it difficult to achieve this frame-rate alongside the impressive graphics?

NE: Any word on whether Maximillian will involve a retail release or if it will instead become a DSiWare title?

JW: We are very fond of 3D platformers, so I expect we’ll make one eventually. Max, however, is on hold right now. 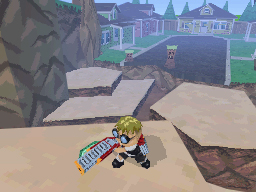 NE: What caused Renegade Kid to decide to switch from a first-person shooter to a third-person platforming title?

JW: We are interested in developing many different genres. We had more prior experience developing third-person games than we did first-person games before we created Dementium: The Ward. 3D platformers are my favorite genre to play. I like the racing genre too.

NE: Is Maximillian the only title you currently have in development, now that Dementium II has been released?

JW: As I mentioned before, Max is on hold. But, we have two original titles in development right now, and a few more on the horizon that we may start developing soon. None of them are first-person shooters.

NE: How do you feel about the 3DS? What sort of features would you like to see in the system?

JW: I am very excited about the 3DS. From the rumors I’ve heard the 3DS is a really fancy DSi with higher res screens, an accelerometer, camera(s), analog stick(s), and 3D of course. The graphical capabilities will most likely be on a par with the GameCube / Wii, which is very exciting. Can you imagine how awesome Dementium III would look in the 3DS? Man, that would be sweet!

NE: Renegade Kid has expressed interest in DSiWare. But what about WiiWare?

JW: To be honest, I can’t see us developing for the Wii. We’ve carved out a nice niche on the DS, and I hope we can move onto the 3DS and continue making high quality games for that system that players appreciate. I am a huge fan of handheld gaming, and with the Wii market being so challenging I don’t expect we’ll be getting involved.

NE: How would you evaluate Nintendo’s general support for Renegade Kid throughout the years?

JW: Nintendo have been easy to work with. I have nothing but respect for the games that Nintendo produces, and I hope we too deliver games of that caliber one day… we’re working towards it.