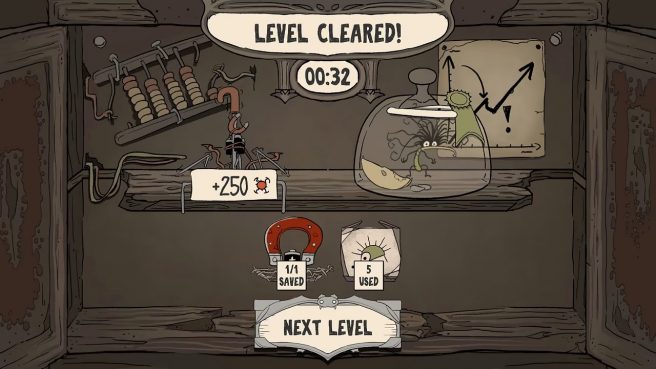 Earlier in the week, publisher Daedalic Entertainment and developer Mousetrap Games put JARS on Switch, and we now have gameplay. The strategic puzzle and tower defense game is live on the console now.

For those that missed our previous coverage for JARS, check out the following overview:

There are more things in that book, Victor, than are dreamt of in your philosophy.

Join Victor’s bizarre adventure in the family basement. Discover enormous minions and dangerous nasties hidden in the shadows of the cellar. What shady secrets are buried under the house? Why are some pages in this mysterious book missing? And why the heck is there a Dracula in the basement?! The fate of the world rests on Victor’s skinny shoulders! Will you save the world or get grounded by mother?

The goal is simple – destroy all Jars!

JARS is a strategy game featuring puzzles and elements of tower defense. Break all the jars and protect the Sarcophagus – that’s your main goal!
Think fast and plan strategically – each level requires you to adapt.

Hand-drawn art that perfectly reflects the mood of an old, grim cellar with a little bit of dark humor.

Jars focuses on randomization and adaption

The player can never be certain what is inside a jar – each reveal is exciting. New mechanics and situations in each level will fill your journey with surprises!

The new gameplay for JARS gameplay can be viewed in the video below.