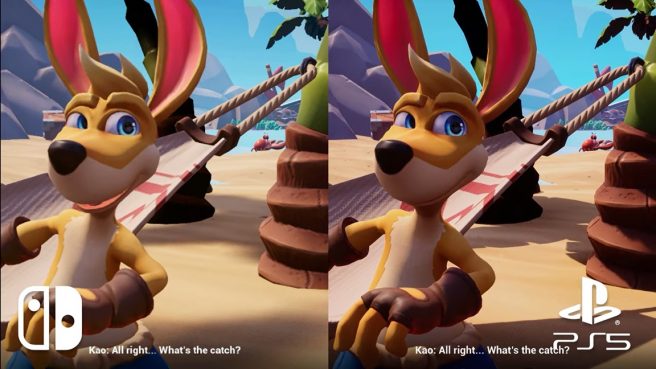 We have a couple of new videos for Kao the Kangaroo – specifically gameplay and a comparison video.

With the gameplay, just over a half hour of footage is available. As for the comparison, provided by GameXplain, shows off how the Switch and PS5 versions stack up against each other.

We’ve included some information about Kao the Kangaroo below.

And here’s the gameplay and comparison for Kao the Kangaroo:

Kao the Kangaroo is out now on Switch.