Kao the Kangaroo gets May release date, new trailer 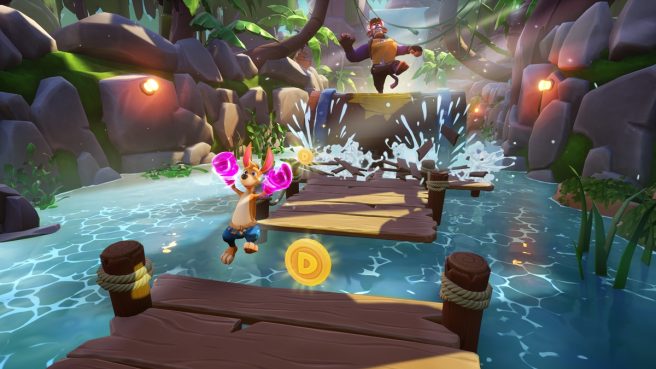 Tate Multimedia has set a release date for Kao the Kangaroo, the latest entry in the 3D platforming series. Switch owners can pick up the title on May 27, 2022.

We have some information about the game below.

Setting out to find his missing sister and solve the mystery of what happened to his long-lost father, players will join Kao as he picks up his magical boxing gloves and travels the world confronting famous fighting masters who are under the influence of disturbing, dark power, all while exploring a colourful and vibrant world alive with activity and visual flair.

In his latest adventure, Kao will use his boxing gloves to punch a path through his adversaries, jabbing his way through the obstacles ahead as he pummels his way to glory.

– Beautiful, diverse worlds, packed with secrets
– Engaging and fun gameplay for all ages – family-friendly, but for core gamers too
– Magic gloves stacked with powers
– Kao – a cheeky, brave, and feisty kangaroo who embarks on a life-changing journey
– An engaging story filled with a cast of captivating characters
– Challenging combat including unique boss battles
– A whole host of items to collect

Other than the release date, we also have a new trailer for Kao the Kangaroo. Find it below.

Those attending PAX East 2022 this week can play Kao the Kangaroo between April 21 and April 24. Visit the Limited Run Games at booth #21085 for a hands-on experience with the latest demo build.