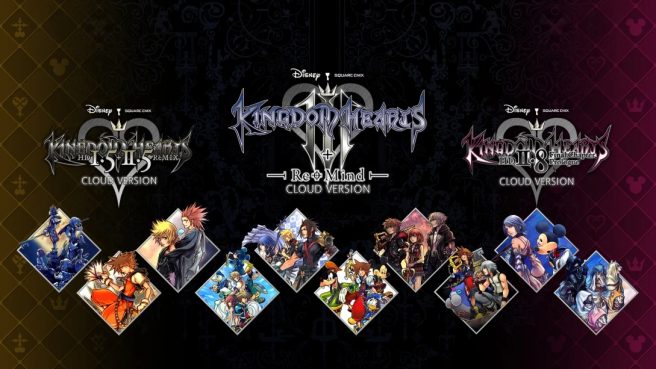 All of the Kingdom Hearts cloud games on Switch received a new update today. As of now, players can access version 1.0.3.

Each title lets players to check on server congestion. This is displayed on the portal screen, essentially informing users about how busy the servers are. With high congestion, they’re more likely to encounter issues like lag.

That’s actually not all for the 1.0.3 update. In Kingdom Hearts III + Re Mind specifically, players can now choose between graphics and performance modes. Square Enix didn’t share specific details, but this should mean that it’s possible to opt for the best possible visuals or the best performance with a higher frame rate.

Kingdom Hearts director Tetsuya Nomura previously said. that native Switch ports of the Kingdom Hearts games weren’t happening since the team found such a task to be technologically difficult. Last October though, series producer Ichiro Hazama said that it was “undecided” and was “excited to hear feedback from our fans”.