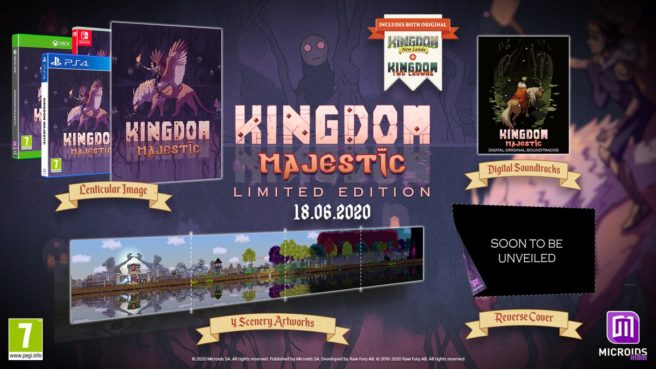 Publisher Microids announced today that they are bringing Kingdom Majestic to Nintendo Switch. This is collection that includes both Kingdom: New Lands and Kingdom: Two Crowns, as well as the additional content released for both games post-launch. These strategy games have so far only been available digitally, but this collection will mark their retail debut. Kingdom Majestic will be available in June 2020. Additionally, there will be a special Limited Edition in Europe that includes the following:

Take a look at the trailer for the Kingdom Majestic Bundle:

The Kingdom strategy series is coming to retail with the #KingdomMajestic bundle coming out in June for PlayStation 4, Xbox One and Nintendo Switch. pic.twitter.com/Ce94j9RTm1