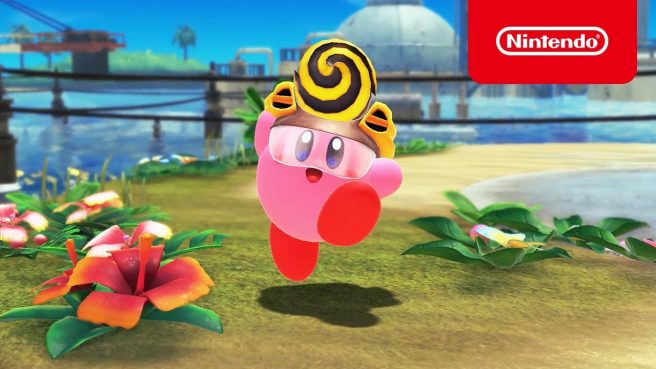 Kirby and the Forgotten Land continues to reach new milestones in the UK, as GfK data confirms that the game is now the fourth best-selling Kirby game of all time.

This follows the news last week that the Switch exclusive had the series’ biggest launch in the region. After only a few days, it was already the fifth biggest Kirby game ever there.

Kirby and the Forgotten Land was the best-selling title in the UK for a second week in a row. Physical sales only dropped 43 percent.

Kirby and the Forgotten Land has made strides in Japan as well as the game has reported sales of nearly 400,000 copies in its first week, making it the franchise’s best debut ever.

Elden Ring, Pokemon Legends: Arceus, Tiny Tina’s Wonderlands, and FIFA 22 made up the rest of the top five. We should have the full top 40 chart within the next day or two.