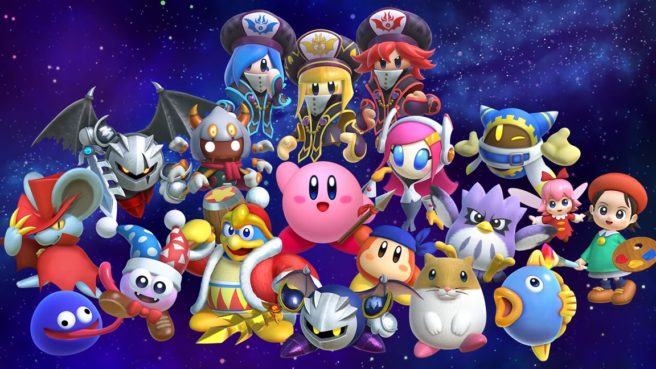 Kirby Star Allies was recently given its third and final update. In a news post this week, director Shinya Kumazaki shared a few secrets implemented that players may not be aware of. Kumazaki also goes over some impressive statistics concerning the amount of content that has been added over the past few months.

This is Shinya Kumazaki of HAL Laboratory, the General Director for Kirby Star Allies.

Firstly, I’d like to present a special illustration we prepared for this news channel to celebrate the release of the third free update. It depicts the newest Dream Friends in action. Enjoy! 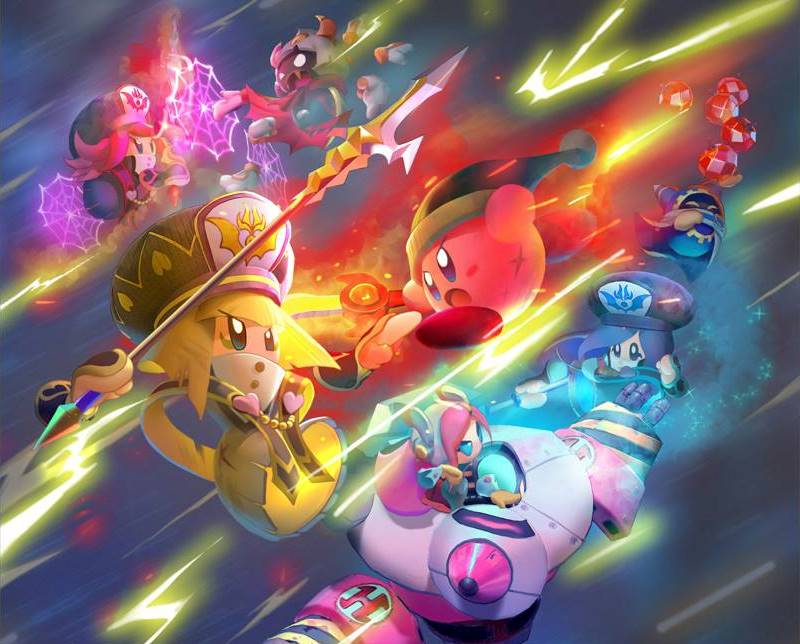 Now, in this update, on top of adding a fancy new mode and extra Dream Friends, we also made a few small adjustments here and there. Have you noticed?

For example, in some of the harder modes, the power of Kirby’s Star Bullets increases massively the more stars he inhales. So utilize Kirby’s signature trait and inhale tons of stars to challenge the toughest bosses!

We’ve also tweaked some of the Copy Ability techniques, bumping up the distance of throws or extending the invincibility period of certain moves. A concrete example would be the Beetle ability’s Spiral Horn move, which now makes you invincible for longer than before.

On top of that, we’ve added some brand-new moves for King Dedede and the first group of Dream Friends. My favorite is Meta Knight’s swashbuckling Galactic Counter!

Now then, I’d like to take a moment to tally up all the features we’ve added in the free updates so far.

In Guest Star ????, to keep things interesting, we kept adding new maps until we had a very respectable collection. Now, the section in a stage between one door and the next is known as a “step”. In total, the third update adds over 170 such steps, plus 56 steps in “Heroes in Another Dimension”. If you put all the free updates together, it comes to nearly 240 added steps!

As for playable characters, if you count all the different forms Kirby can take with Copy Abilities, you get:

The whole development team have poured their hearts and souls into these new features in the hopes that players will have fun with them to be honest, we might have overdone it a teensy bit…

But in the end we weren’t measuring the development only in man-hours and schedules – as long as we were having fun, and as long as just one player could enjoy playing our game, it was all worth it to us!

So we hope you’ll all go out and try the new features in the third free update, if you haven’t already!