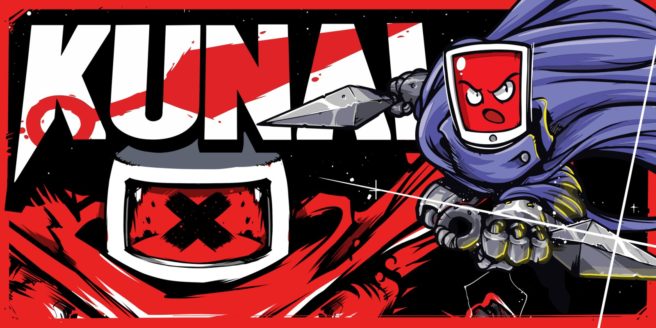 The fast-paced action adventure / Metroidvania game Kunai has been updated on Switch. With version 1.0.3, the team has implemented a few improvements and fixed a number of issues impacting the player experience.

– In the caves, the initial lava room will not show the opening in the bottom left on the map anymore

– Added a forced delay to the cinematic skip of 1.5 seconds in between to fix various ‘too fast skip’ issues
– You can no longer pause the game right after loading which can look like the game frozen
– Katana charge attack fixes to avoid glitching through the world
– Store categories are now properly labeled with ‘?????’ if you do not have the weapon yet
– Fixed the Disconnected Woods sometimes having random result
– Furious Ferro’s babby fluids will get destroyed now when you kill Ferro
– Fixed moving through the lava opening before hitting the switch in the cave
– ZenGuy’s missiles are now immune to the Katana’s charge attack
– Removed hidden spikes in the Church of Skebin trial
– Fixed an issue where the Captain’s Hat was sometimes not obtainable
– Fixed rocks around a dash bar in the desert which possibly made Tabby clip with the terrain
– Installing the exploit from the router in the final level and quitting during the transition will now properly save you at the next spawn point