Laid-Back Camp: Have a nice day! comes to Switch in Japan this fall 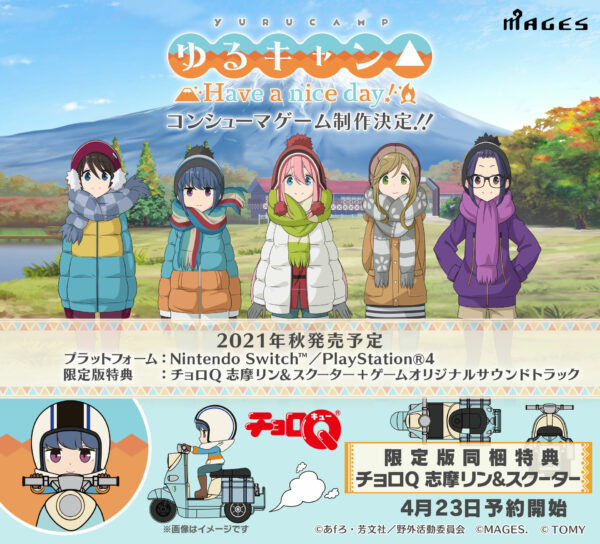 Mages has announced, via the Laid-Back camp special event “Stay Tent” on April 11th, that a new Laid-Back Camp title will be released for Switch this fall in Japan. Along with the title announcement, a teaser website has been released. Laid-Back Camp: Have a nice day! will be available with a standard and a limited edition release, with the limited edition version including a Choro-Q pullback car toy of Rin Shima as well as a copy of the soundtrack from the game. Pre-orders will open on the Japanese eShop on April 23rd.