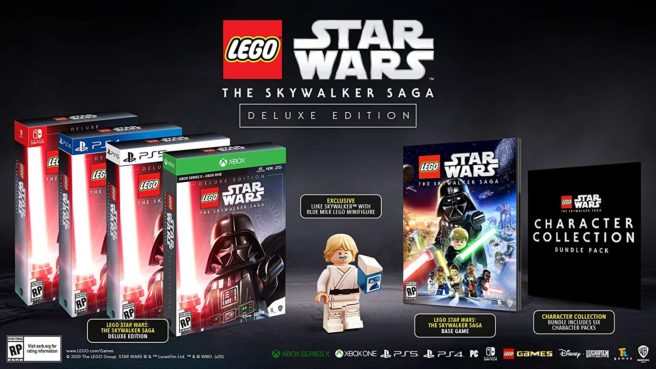 It was announced last week that LEGO Star Wars: The Skywalker Saga is seeing a rather significant delay. Rather than launching this year, the game is releasing in Spring 2021 instead.

LEGO Star Wars: The Skywalker Saga will be distributed in two forms. Fans will be able to purchase a standard copy or the newly-revealed Deluxe Edition. With the Deluxe Edition, you’ll be getting six DLC packs in a Character Collection bundle: The Mandalorian Pack 1, The Madalorian Pack 2, Rogue One: A Star Wars Story, Classic Characters, Solo: A Star Wars Story, and Star Wars: The Bad Batch. Luke Skywalker is also featured with a LEGO minifigure.