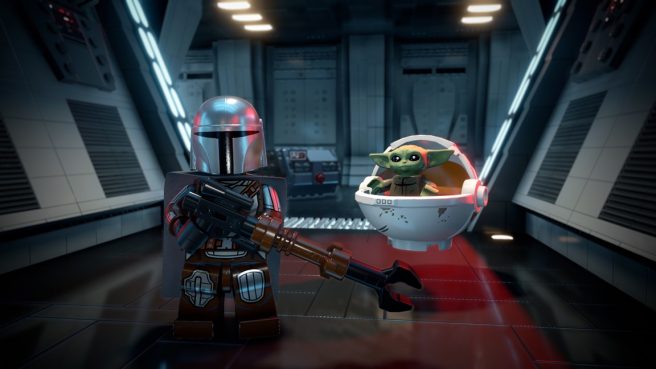 Seven packs are planned. Each one will feature playable characters including many from outside the nine saga films.

The Classic Characters Pack will be available for those who have early access from select retail partners and will be available for everyone on April 19 either through the Character Collection or standalone purchase. Meanwhile, The Trooper Pack will be provided in early access for consumers who pre-ordered the digital version of the game, and available on May 4 for those that nab the Character Collection or via standalone purchase.

The next DLC drop for LEGO Star Wars: The Skywalker Saga is planned for April 19, which is the Rogue One: A Star Wars Story Character Pack. Jyn Erso, Bodhi Rook, Cassian Andor, K-2SO, Chirrut Îmwe, Baze Malbu, and Director Krennic are included.

LEGO Star Wars: The Skywalker Saga will launch for Switch on April 5, 2022. Those that pre-order the game digitally will receive the Classic Obi-Wan Kenobi playable character.