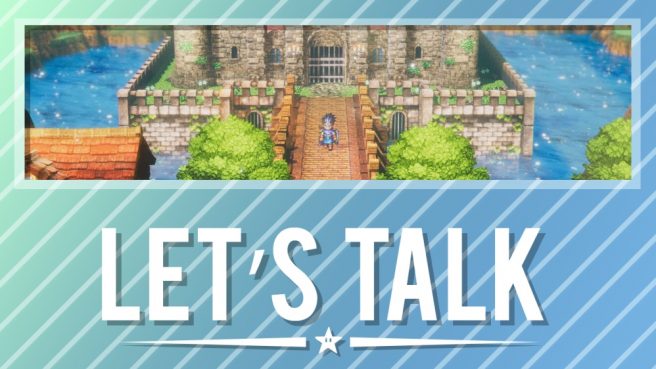 You can really feel that E3 is right around the corner. There was plenty of gaming news over the past few days, including presentations dedicated to Dragon Quest and Sonic.

With everything shown during these broadcasts, what was your personal highlight? How did you feel about the presentations overall? Let us know in the comments below.

Mostly, I am curious what other things Nintendo may have in store when they said they’re looking into their older franchises. As Famicom Detective Club was a surprise to me considering the namesakes. I was only ever expecting that to be released through their NSO offers. Something like Nintendo World Wrestling or Cruis’n is likely considered..

Though, I would like an F-Zero game personally. Hell, a port of GX (hopefully with AX modes) would be reasonable by this point.

For E3, I’m going to bank on BotW 2 getting a holiday release. As far as big selling games go, that’s the best card Nintendo could play, and it would fit well with the 35th anniversary, which Nintendo has been quiet about barring Skyward Sword. There may also be some ports like Wind Waker, and a new top down 2D game, but BotW 2 would b the best way to celebrate.

For less likely titles, Bayonetta 3 seems like it’s had enough time for development, but no one much about it. Pikmin 4 is a game I want to be announced, but its very existence is pretty dubious. The rumor regarding Donkey Kong getting a new title itself doesn’t have too much basis, but with the big ape’s 40th anniversary, I’m hopeful for something like a new Country game after so long. HAL bringing up Kirby’s “next phase” does make me wonder about the possibility of a full 3D Kirby title, but I’m leaning towards a spin-off game like Blowout Blast coming first.

As for what has a good shot, I imagine we’ll get some Pokemon news, mainly on Legends, another Smash reveal, and a few other reminders for upcoming or recently released stuff. Looking forward to it, and hoping for some surprises.