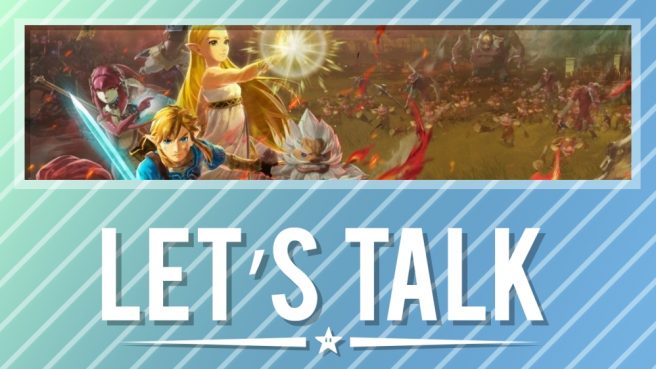 What should be Nintendo’s big game for the holiday arrived yesterday. Hyrule Warriors: Age of Calamity is now available worldwide.

Although the game has only been out for about a day or so, it’s likely that many Switch owners have made a purchase and have played through a fair amount so far. It also helps that a demo was released a couple of weeks ago which contains a good chunk to experience.

Based on what you’ve played so far – be it the main game or demo – what are your thoughts as of now? Who’s your favorite character to play as? Let us know in the comments below.

Highlights from last week’s topic: What’s next for 3D Mario

Personally I just hope they make an Odyssey 2, that game was nearly perfect as far as I am concerned and replaying Galaxy in 3D All-Stars proved me that i just don’t care for completely linear experiences in 3D Mario games.
If they were to add to it, I’d love to have a better map/hub, something to explore freely and unlock new worlds through, and hopefully secrets as well.
Other than that I just want them to go even more crazy exploring different atmospheres and artstyles.

I’m honestly open to where ever the next 3D Mario goes in terms of gameplay and ideas. I mean, I enjoyed all 3D Mario games to date (yes, even the “awful” Super Mario Sunshine, which I thought was great than awful), so…yeah, bring it Nintendo.

…at the same time, as much as I enjoyed Super Mario Odyssey for being a true return to the sandbox formula, here are some things I’d like to see in the next 3D Mario game:

– Let us replay certain segments (and ALL boss fights) after beating them without having to rely on Save Files.

– Make the McGuffins more focused and dynamic as opposed to scattering them all over the place.

– Have Mario’s platforming skills be much more involved in many areas than just “small platforming sections”.

Would be cool if the next 3D Mario was Galaxy 3. It’s been over a decade since Galaxy 2.

I don’t think Nintendo has ever launched two distinctly new 3D Mario concepts under different brands (read below) on the same hardware.

If there’s any new 3D Mario game it would be Odyssey 2. Leverage what is already there and just expand.

Save Odyssey 2 for Switch 2.

Always love a new 3D Mario game, but I’d really love to see a new 3D Wario game. A multiplayer 3D Wario game in the like of Mario 3D World, would great and suit him perfectly with the theme of competitiveness and greed, because 3D World was very much just that with multiplayer. I could imagine the playable characters being Wario, Waluigi, Captain Syrup and either Toad, Nabbit or someone new or they could just chuck Daisy in there.
Or just a new WarioWorld would be good.