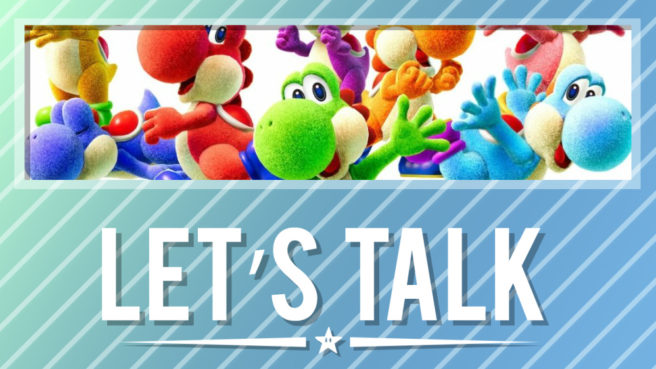 A new month rolled right on in this week. Now that we’re in April, we want to know what you’ve been playing.

Have you started up something entirely new for the month? Are you trying out Yoshi’s Crafted World on Switch? No matter the case, let us know in the comments below.

It’s seems most people can only think of Sonic Mania-like collaborations (fangame-like), rather than crossover colabs like Cadance of Hyrule or completely new genre for series like Mario+Rabbids, which are more interesting, imo.

Like simply getting Metroidvania devs to make a Metroid game, or Fast RMX to make F-Zero (who have said they wouldn’t do it, even if offered). Wargroove devs to make Advanced Wars, etc. I don’t think Nintendo would give an Indie dev the go ahead to make a new entree to a series, save for maybe reviving a dead IP, like Ice Climbers, Star Tropics or Mach Rider (which could be a great idea).

But what about something different like a City Skylines X Mushroom Kingdom? Or a RTS Metroid game? I like the Shantae X Wario and Pit X Owlboy idea. Then there’s an idea with that 2D Splatoon mini game that never happened.

Yoku’s Island Express X Metroid – Walk and platform like Samus, and transform to a ball when pinballing.

Aaero X Starfox – Rhythm game with Starfox elements. I think even a reskin would work.

Bastion X Splatoon – instead of the forming stages in Bastion, the stages are gradually drawn in Black and White and it’s your job to paint. Or squids painting everything in black and white and you need to take them out and paint the stages.

Get Suda51 to make a new famicom detective club and let him go nuts with it.
Also a La Mulana take on Metroid or Zelda would be cool, though maybe not strikingly different.

Honestly, WayForward and GoodFeel would be perfect to collaborate on such a game. Plus, the art styles of “Half Genie Hero” and “The Shake Dimension” work together so harmoniously.

hm.. Enter The Gungeon x Kid Icarus Uprising? Specifically uprising since that one’s thing was having so many weapons, so playing as Pit, Dark Pit, Magnus, Palutena, and/or Viridi.