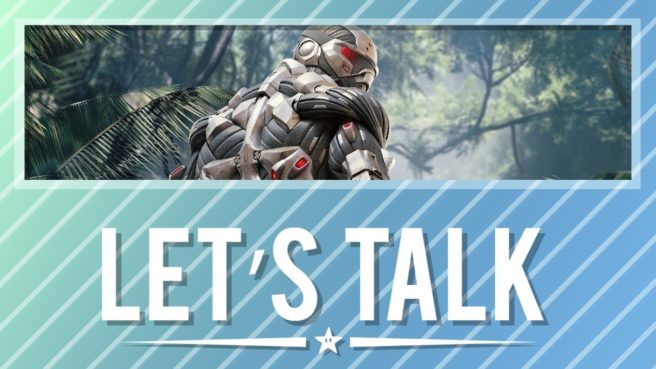 A new month rolled right on in today. Now that we’re in August, we want to know what you’ve been playing.

Are you playing some of the recent Switch releases like Fairy Tail or Crysis Remastered? Going through the new summer update for Animal Crossing: New Horizons? No matter the case, let us know in the comments below.

Highlights from last week’s topic: Your experience with the Shin Megami Tensei series

My first SMT game was Strange Journey for the DS. It was recommended to me by a friend who already resigned his blood to Atlus from the PS2 days, so he was really into SMT. He adviced me to try SMT first before the spin-offs (ex: Personas, DeSus, ect), so I went headfirst into SJ without expectation.

Due to the alignment branch, we got another friend who plays the game as well as we went out separate ways into different alignment. My two friends went Law and Chaos, so I went Neutral. It was an amazing time as we update one another of what happened in each of our routes.
We tried to do the same with SMTIV and SMTIVA, except neither of us were physically capable to be mean to our party members so we all went peace route hahaha.

After that game, I branched into Devil Survivor before finally touching Persona 3 and 4. SMT felt really important to me because of those fun times I had with those friends, and I wouldn’t trade it for anything.

Hence, I can’t wait for the Nocturne remaster and SMTV!

I started back with Persona 3 on the PS3 and I liked it alright, but then I saw Digital Devil Saga in GameStop and it said “Shin Megami” just like p3 had. I bought it and fell in love so fast. The DDS duology are my favorite jrpgs ever. Played most of the rest of them since with the exception of the dancing games those hold no interest to me.

Interestingly enough, I got into MegaTen and ATLUS games as a whole after playing through Nocturne back in 2004. At the time I was a fresh college grad taking a break year before I headed to New York for grad school, so I was basically working and playing games on my PS2 (fat), GBA, and Gamecube. I was in an RPG lust phase having played through Final Fantasy X and Fire Emblem (GBA). I was in…GameStop (I think) when I saw the ominous red box with the Demi-Fiend’s face on it (and the obtrusive Dante from the Devil May Cry Series sticker). It stood out as a beacon of dark melancholy in a world where bright and varied colors often wins the sale.

The rest is history. After I started I couldn’t put it down. The atmosphere of the game was unlike anything I’d played previously. It was simultaneously fascinating, frustrating, spooky, and wholly unexpected.

After Nocturne, almost anything bearing the ATLUS logo made it into my PS2 collection, including Stella Deus :p

Leynos • 2 days ago
I play Devil Summoner on Saturn. Then just the two 3DS games. Now if we count spinoffs then I played the persona series and TMS on WiiU/Switch. Also games that are similar like Cybersluth.

My experience with SMT/Persona is scattered, but generally very positive.

Played SMT Devil Survivor on DS. Thought it was exceptional, both in terms of mechanics and its branching, engrossing narrative. I’m partial to tactical games in the first place, so that was a plus for me — but I also enjoyed other aspects of the game. At some point I’ll have to try the 3DS version, which I’ve heard has some extra content, as well as the sequel.

Played Devil Summoner: Soul Hackers on 3DS. Generally enjoyed it; thought it aged quite well, for a game originally from the late 90s. I realize some gamers have an aversion to first-person dungeon crawlers, but I tend to like them. So this game was a good fit for me, as it meshed a DRPG structure with the usual SMT monster fusions and lore. Really well-integrated, and a rare re-appearance of a Saturn game.

Played Persona 1 and Persona 3, I think on PSP and/or Vita. Persona 1 had some interesting aspects, but some less enjoyable ones as well. The somewhat inscrutable “negotiation” mechanic got a bit frustrating and repetitive for me. I actually consulted some FAQs about it, but eventually put it aside. I found P3 much more enjoyable. Despite the similar school setting, the mechanics and aesthetics obviously had been updated and transformed.

Looking forward to a SMT 3 and 5 on Switch. I’m somewhat inclined to play Strange Journey, SMT 4/Apocalypse, or other SMT/Persona titles in the meantime