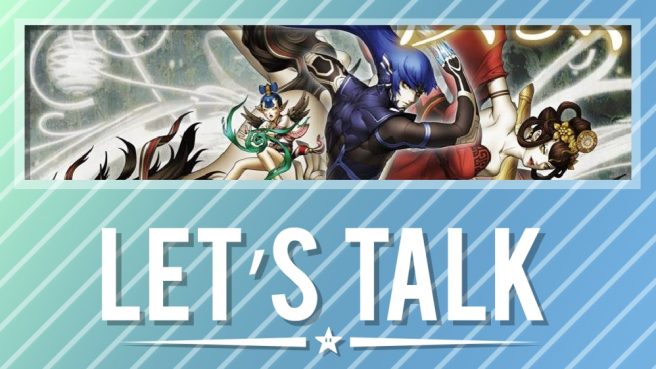 A new month rolled right on this week. Now that we’re in December, we want to know what you’ve been playing.

We’ve seen a number of big releases over the past month or so, including Pokemon Brilliant Diamond / Shining Pearl, Shin Megami Tensei V, Blue Reflection: Second Light, Star Wars: Knights of the Old Republic, and Death’s Door. There have even been things like the Animal Crossing: New Horizons – Happy Home Paradise DLC and Game & Watch: The Legend of Zelda.

So what have you been playing as of late? No matter the case, let us know in the comments below.

Nintendo doesn’t have much presence at the awards, but I can see them making a few announcements.

I think the big N will have a Splatoon 3 teaser to start ramping up excitement for the game, since it’ll probably launch in the Spring/Summer like past entries. Sega might also do the same with Sonic Frontiers since they’ve been radio silent on the game. Other than that, Mario + Rabbids: Sparks of Hope is in a similar situation, and could also do with a signal boost.

I’m going to be bold and take a big guess: At the game awards, to celebrate Metroid Dread at least getting nominated, they show a full trailer for Metroid Prime 4, with real gameplay. Otherwise, the rest s anyone’s guess.

Metroid Dread winning GotY is a long shot, but it would be amazing if it did, though I think RE Village will win.
But all I’m really watching the VGA for are the trailers and reveals.

When it comes to Nintendo, something Zelda or Mario related is always a safe bet, but Metroid Prime 4 is the only in development game that we haven’t seen any on, so that’s my pick for “dreams”, and I “hope” The actual awards part of the show doesn’t drag on like it normally does, I hate those those “interview” segments that they do.

The one dream I have would be an announcement for a sequel to Astral Chain.
Seems like the right place for that.
I’d love a short trailer and a title for the sequel to Breath of the Wild, doesn’t seem out of question.
Maybe something Metroid, it seems like the year for that and there’s some hype around. I doubt Dread has any chance for GOTY, but it’s cool they noticed it at all.
And of course I thank all the writers and journalists who will report on that stuff so I don’t have to watch that joke of a “ceremony” myself.