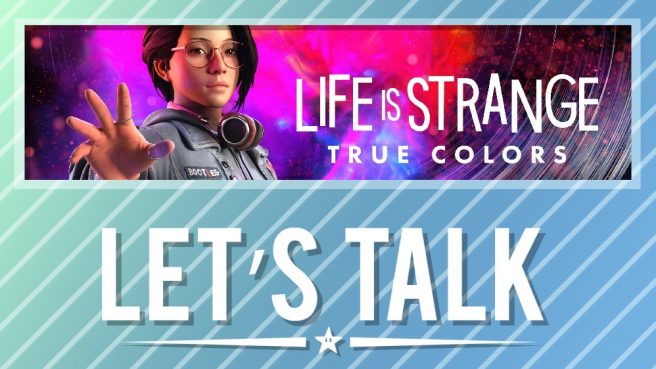 A new month (and a new year!) started up today. Now that we’re in January, we want to know what you’ve been playing.

Things have slowed down a bit in terms of new releases, but there’s still plenty to play. In December alone we saw the likes of Danganronpa Decadence, Life is Strange: True Colors, Sam and Max Beyond Time and Space, Monster Rancher 1 & 2 DX, Loop Hero, Shovel Knight: Pocket Dungeon, Chicory: A Colorful Tale, and more.

What games have you been playing as of late? Have you tried out any of the new titles or are you going through something in your backlog? No matter the case, let us know in the comments below.

Highlights from last week’s topic: Getting ready for Nintendo in 2022

For semi likely titles, Pokemon’ll probably show up for the end of the year after Legends. My hope is that, with Nintendo having a new company work on the Gen 4 remakes and looking more into spin-offs, they mix up the Pokemon games they launch to take some slack off of Game Freak. I’d like the Ranger franchise to return like Mystery Dungeon and Snap, spinning around the Joy-Con could be fun. Or maybe Sw/Sh DLC instead of a new mainline Pokemon title. Fire Emblem hasn’t had console presence since 3 Houses, so a new title there could happen. Also, since Nintendo’s been bringing over handheld IP’s, I think Dillion’s Rolling Western and especially Pushmo make sense to hit the Switch given their past success on 3DS.

For unlikely stuff, since Advance Wars made a come back, I think Golden Sun has a chance to return in a similar form. Since the first two games were meant to be one, having them packaged together would make sense in a remake. Drill Dozer is the a title I’d want to return, ideally as a sequel. Star Fox and especially F-Zero returning are unlikely, but Metroid’s return does show anything is possible right now, and Switch barely has games like either one. Speaking of which, Metroid 4 and Pikmin 4 are practically vaporware at the moment. If there are any announcements made that can guarantee buzz, it’ll be those two titles.

Just for Breath of the Wild 2, Mario + Rabbids 2, and Legends: Arceus…I’d say Nintendo is off to quite a bit of a start for next year, me thinks.

I would like to add Kirby and the Forgotten Land to the list as a huge Kirby fan myself, but the info and footage I’ve seen thus far has me on the fence. I’m still hoping there’s a lot more to Forgotten Land than just “Kirby in 3D”…

The only thing that is all but certain is that 2022 is going to be a landmark for games. The titles listed in the article are enough to be excited about. And being marquee games it will be near impossible to disappoint.

Not to mention newcomers like Triangle Strategy. I also think we’ll get Metroid Prime 4 news that year to further keep the excitement fire burning. They already have three titles to make them an automatic favorite for next year already. They won already