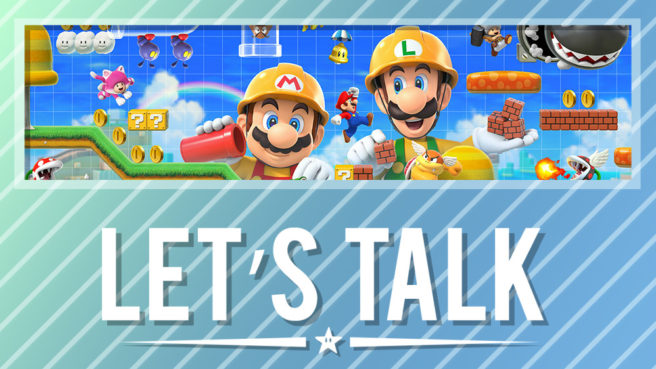 A new month rolled right on in earlier this week. Now that we’re in July, we want to know what you’ve been playing.

Are you trying out some of Switch’s new releases like Super Mario Maker 2? Or how about Bloodstained: Ritual of the Night? No matter the case, let us know in the comments below.

I want weapons that don’t crumble to dust if you cough on them first and foremost. I also want more story elements to motivate me to explore the big open world.

But hey, I got short haired Zelda, so they can do nothing else and it’s already an improvement (assuming she doesn’t get kidnapped, comatose, or Thanos’d in some way early on in the story.)

I would like to see more enemy variety in the huge, sprawling world. There are still a ton of classic Zelda enemies they can include. And beyond that, I’d like to see more interactions between the enemies with each other.

I think the inclusion of dungeons is going to happen for sure. If you think about it, the shrines served a purpose in BotW. Which was to help the hero regain his courage to confront Ganondorf. Therefore the shrines are no longer needed and typical dungeons can make a return.

But I do hope they keep the open world atmosphere of the original and even the aesthetic. This could be the “Majora’s Mask” of BotW in regards to using the same engine and assets, but putting in some new stuff and elements/mechanics that keep it fresh and feeling like a new game.

Looking forward to seeing more info about this game all the way up to it’s release.

Quite frankly, I want to see a return to form. That is to say, I want traditional Zelda weapons and tools that won’t break, a simplified battle system more akin to something like what we had in “The Wind Waker”, unique and creative dungeons, unique and creative bosses, a deeper, more involved plot, an easier and faster way to move around the over world, a vibrant, bustling world that isn’t in ruins, and much, much more.

A larger variety of music tracks