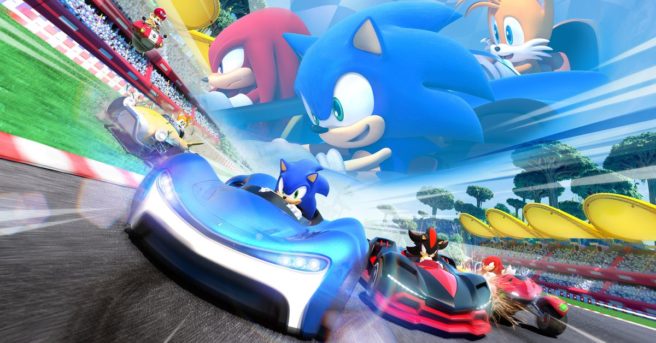 A new month rolled right on in today. Now that we’re in June, we want to know what you’ve been playing.

Are you trying out some of Switch’s new releases like Team Sonic Racing? Giving the latest Resident Evil ports a go? No matter the case, let us know in the comments below.

Hmm I like to see something that really wows me, like even a sneak preview of the next zelda game. It would be cool to see the new animal crossing! Hmm oh hopefully Sword and shield has some nice new things too. Maybe a new interesting mario spinoff like a sports game(that isn’t tennis like baseball).

Dreams: Bringing back a good game that deserves a re release (Custom Robo, Baiten Kaitos) or a brand new ip that just interests me.

Nintendo funding a new entry in a classic SEGA series. Skies of Arcadia or Jet Set Radio or Panzer Dragoon.

What I hope for.

Expectations are pretty on par with what 2018 was like;

– Details on the holiday main tentpoles, being LttP, AC and Luigi’s Mansion. One of them having more info closer to its release.
– Major notes on key third party franchises Nintendo has not control of: Kingdom Hearts, Persona, Dragon Quest and Sonic.
– Headliners of some indies, be it known like Hollow Knight, or surprises like something from Playtonic.
– the major surprise is something Mario or returning to an old franchise that’s well known.
– Wii Sports is coming to Switch in some form.

My dreams won’t be met, cause the likes of F-Zero will not be in Nintendo’s card for a while.

I’m very happy with what’s in store for later this year, so I’m expecting a lot of info on Astral Chain, DaemonXMachina, Animal crossing, th DQ games, the Link’s Awakening remake etc.
But I hope they keep most of that info for treehouse sessions, I want the direct not to focus too heavily on any single game, to be well paced and have a lot of exciting segments and a few unexpected reveals.
Basically I want something in the style of the February Direct, it was super cool.

From third parties, I hope Ubisoft will have a follow up to the MarioXRabbids game, I hope SUDA51 will announce NMH3 on Switch (among other platforms) and a bunch of ports (Killer7, NMH1+2, The Silver Case series, Shadows of the Damned) and generally speaking that Japanese third parties will actually show their support for the system by releasing Switch versions of some of their bigger games at launch.

I wish they went back to the humorous form of the E3 Directs of old, I don’t think that will happen though.
I wish Nintendo unveiled some big new adventure game tentatively planned for 2020/21. It could be the next Zelda, something from Monolith, maybe Retro (but I think I’m reaching). It won’t be MP4 for sure. XD
It could be time to start showing a new 3D Mario game as well.
I also wish Nintendo released some retro games outside of the Online membership … yay ! Mother 3 !
And I wish they finally put out an update to let us customize the console’s OS.

And a thing I’ve been thinking about recently is how EA used to make great games a gen or two ago (like Capcom does now, that’s where it came from). I wish they ported some of those. I’d be down for a Dead Space trilogy, or a Mass Effect Trilogy, or a Mirror’s Edge bundle. I know it won’t happen, and I probably shouldn’t wish for a reason to give EA some money.