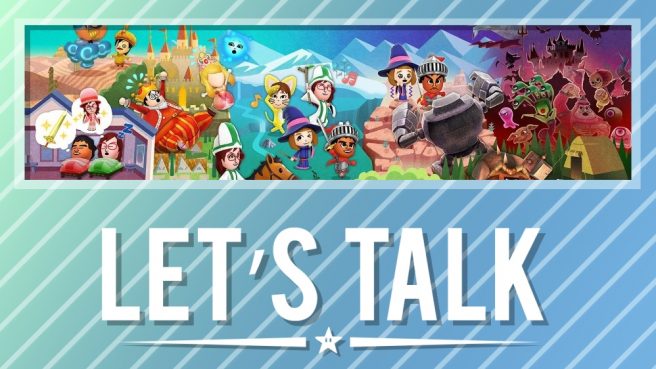 A new month rolled right on in this week. Now that we’re in June, we want to know what you’ve been playing.

There have been a long of Switch releases as of late, including Miitopia, Shin Megami Tensei III: Nocturne HD Remaster, Maneater, World End’s Club, and Wonder Boy: Asha in Monster World (just to name a few). Have you started up any of these games? No matter the case, let us know what you’ve been playing lately in the comments below.

I enjoyed both for very personal reasons, which is why I see plenty of people who disliked them (besides the traditional never satisfied folk).

– An HD-2D remake of a S-E game is something I’ve been asking since Octopath Traveler was announced. I thought it would be FFVI, but this sets a great precedent and I love the game.
– I’ve always wanted to play DQX, but don’t like MMORPGs. And they announced an offline version that I hope comes West.
– My wife and son love DQ as well and a puzzle game with the possibility of playing together on our phones is certainly going to be enjoyed in my household.
– Eric is a great DQXI character and I’m curious how his spin-off is going to turn out.
– And knowing DQ XII exists was cool, but the lack of information was the only low point of the presentation for me.
– Bonus: I’d love to have those shirts 😀

– I never got to play Colors on the Wii, so now I can enjoy a great game in its definitive form.
– And for months now I’ve been saying that SEGA could work through the issues for not rereleasing Sonic 3 & Knuckles and everyone has been calling me an idiot. That made it all the sweeter when the collection was announced. While I do wish Spinball was included, for instance, being able to finally own 3&K in playable form is already a huge win for me (I do own the Mega Drive cartridges with box and manuals).
– The extras such as animations and the free concert are great IMO. We’re a musical family here and my wife and son love the Sonic Boom animation so…
– And same as DQ XII the main event was cut short, but I’m curious to see more at least.

Overall I got a lot of games and extras to look forward to as well as two big games of which I want to learn more. I’m excited for what’s to come 🙂

Hmm my jury is out on DQXII because, well, we literally know nothing. It would’ve been better to wait on that official announcement until they had something to show. All I know is that it’s being worked on and it’s more adult oriented

I am extremely excited about the DQ3 remake with Octopath visuals. It’s arguably one of the best in the series and I’d look forward to replaying it like this. They need to do the first 2 like this as well. A physical version would be icing on the cake.

Overall about DQ announcements, I only liked DQ3 remake.
DQX offline looks weird on this new chibi artstyle after you get used to the models since DQX on Wii.
I fear DQXII. The “more adult” approach and “new combat system” look everything what every DQ fan fears the most: losing the identity of the series they always loved.

I am not yet fully immersed in the DQ universe, but I love that one remakes is using the 2D HD art. I am also looking forward to the new game.

I am really happy about Sonic Colors Ultimate on Switch especially with all of the changes shown so far and Origins collection (presumably also coming to Switch). Though I would have loved for them to also bring a port SA1/2, Sonic Generations, and Sonic Unleashed (Unleashed getting improvements in terms of controls and some aspects of the design); and maybe that will happen given they seemed to imply this would be the first of a number of Sonic Central streams/events/announcements. Beyond that, I am somewhat excited by the new game teased based on what supposed play testers have said, but still skeptical given Sonic Team’s track record of having interesting ideas but stretching themselves too thin by trying to include everything and please everyone which ultimately hinders their execution and creates a compromised product.