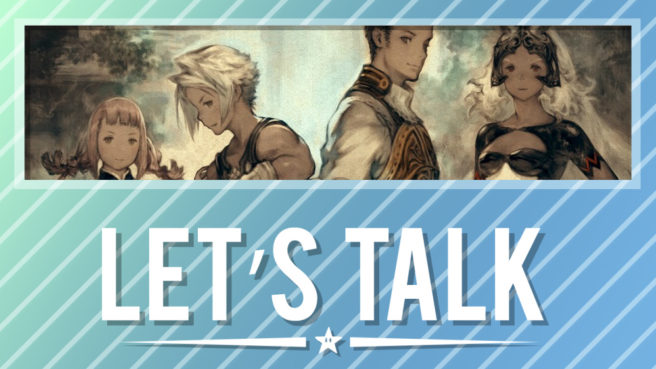 A new month rolled right on in this week. Now that we’re in May, we want to know what you’ve been playing.

Are you giving some of the recent Final Fantasy Switch ports a shot? Perhaps you’re trying out some of the latest indies like SteamWorld Quest? No matter the case, let us know in the comments below.

FutureFox
I don’t I have memories of him talking about things (earth shattering or headlining anyways) in real-time but the meme’s that followed are unmatched. Sony fannys try with Suhuei and Kaz but it always felt manufactured; not organic like with the general gaming community and Nintendo fans especially. Continuing the tradition that Sony is trying to get “in on it” rather than leading.

Back to Reggie though I guess the only thing that sticks out are his very canned responses to the press. You can hate them but each time you get a very concise and reliable sense and reiteration of what makes Nintendo, Nintendo and what they’re modus operandi is at its core.

I take great inspiration from having a ready response. Its efficient, accurate and clean language. In a word its called professionalism which many common folk simply will not and maybe cannot see the value or importance of, and maybe that’s why he is where he is (was) and why the majority of us are just worker bees. You have to know what’s important, who you’re audience(s) are at any given moment and speak accordingly. Every opportunity in front of a camera or in front of journalist is not an opportunity to be a entertaining clown for gamer’s amusement, because its not just YOU watching or reading, it its also, investors, NofJ and potential uninitiated gamers (future customers who *gasp may have never heard from NOA CEO/COO). Its first impressions every time when you go public and I just wish fans, gamers and latte drinking, hipster “gaming journalists” in general understood that.

JasonBall
The Game Awards last year with the trio of game console presidents was truly something. Glad it was Reggie that did that and not Doug Bowser.

My absolute favorite Reggie moment wasn’t on-camera. It’s one of those awesome-if-true moments that a former employee of Nintendo, Kyle Mercury, wrote about when taking about his days promoting the GBA and GameCube in the early aughts.

Anyways, it’s 2004, Nintendo is struggling but also weirdly angrily ignorant about the fact that they’re in trouble. Mercury is allowed to be in a meeting between a bunch of sales suits and the new VP of Marketing, hotshot Reggie Fils-Aime, on the grounds that Mercury keeps his mouth shut and stops nerding it up. So Mercury sits there, listening to a bunch of phony sales people talking about how Geist was a Halo-killer and how the next Mario Party was gonna light the world on fire, and so on.

And then at the end, Reggie looked around the table and basically said “Look, don’t bull**** me. How do you guys really think this thing is going to hold up?” No one said a word for a minute, and then people started just spouting off more marketing lingo and faux (self) assurance. None of these people were gamers, none of these people even LIKED video games. I had say something; something to represent what was really going on out there in the community.
Reggie sees through the garbage that they’re spouting out and calls them out on it. Then Mercury figures he might as well open his mouth, and calls it like it is – forget about Geist, because it’s trash; Metroid Prime is the only thing that could compete with Halo, and not very well. He urges Reggie to focus advertising bucks on Metroid Prime and Resident Evil 4, because those games will sell consoles, and begs to be able to share anything related to Twilight Princess. Reggie thanked him for his honesty, and actually listened.

We all love Reggie for his awesome, meme-able moments, and sometimes were a bit annoyed with him when his public statements just sounded like so much corporate PR-speak. But his greatest influence, in my opinion, is that he got Nintendo of Japan to pay attention to Nintendo of America, listen to their input, and value their contribution.

remember that time dude found a robot that looked like him in his office? he was like ‘im going home’

In all seriousness, the “The game is fun” speech is one of the best to come from anyone in the game industry. Everyone remembers Reggie for the jokes and such, but that’ll always be something that sticks with me.