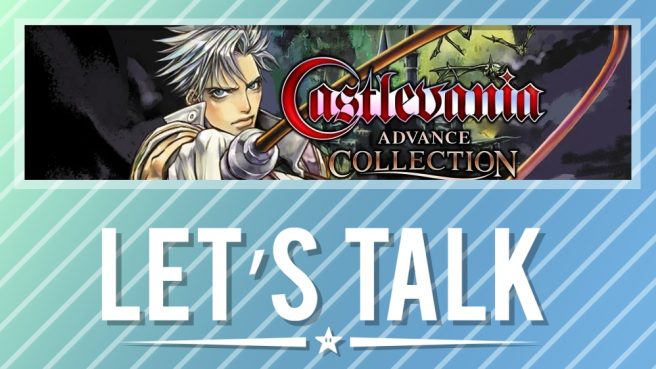 A new month rolled right on in yesterday. Now that we’re in October, we want to know what you’ve been playing.

A ton of notable games have made their way to Switch over the past few weeks. WarioWare: Get It Together!, Cruis’n Blast, Eastward, Ni no Kuni II, Dragon Ball Z: Kakarot, Melty Blood: Type Lumina, Astria Ascending, and Hot Wheels Unleashed are some of the highlights. We’ve even had shadowdrops with the likes of Castlevania Advance Collection.

So what have you been playing as of late? No matter the case, let us know in the comments below.

It was good. Once again, a reminder to everyone that Nintendo’s almost never going to bring out their M-rated adult-oriented games during E3, but rather during the late summer/early fall Direct. Which makes a Direct around this time usually all but certain.

Wasn’t a whole lot for me personally, but that’s OK. Kirby looked promising, Splatoon 3 was Splatoon 3, Bayonetta was very cool for someone who isn’t me to play, and Mario Movie is going to be hilarious one way or another. Whether that’s hilarious in a “tons of great and funny actors are doing an amazing job” or “the clown car started on fire after hitting the pie truck, and the mime firemen can’t put it out no matter how much imaginary water they pour on it” sort of way.

The most interesting thing I saw there was the inclusion of Banjo-Kazooie as an upcoming N64 Classic game, which… OK, more Nintendo/Microsoft collab. I wonder here what’s going to happen in the future. I feel that as time goes on, and Microsoft’s business model and aim differ more and more from Nintendo’s business model and aim, more and more opportunities to collab will continue to appear. and that’s better for everyone.

It was, unsatisfactory, to say the least.
Bayonetta, Kirby and MH was the only real announcements, outside of that, a lot of games that we already know and a lot of games that really looks like shovelware. Also this direct was basically a direct to announce others directs, they announce i think 3 of them (A Smash one, an Animal Crossing one and a NSO one).

The Mario movie cast was bad in my opinion, i like Chris Pratt and some of the others, but, taking characters with voices and voicelines so iconic and giving it to the first Hollywood star that you see sits very baddly to me, at least leave Mario to Charles Martinet.

The final nail in the coffin for me was the online subscription part, the deals that the subscription already offers are very small, the only real upside was that it was cheaper, but now, you need to pay an extra for the additional service with the parts that we wanted since its creation by a lot of people, sure, we don’t know the pricing yet, however, this should be on the base service.

Kirby looks very interesting i enjoyed that trailer. Of course Bayonetta 3 will be amazing. Actraiser was my favorite surprise but I’m going to wait on a sale or physical announcement my backlog is huge enough already still chipping away at Ys IX. Please someone else tell me they remember seeing actraiser on nick arcade back in the early 90s. That was where I learned of that game

I would give the Direct a 7 out of 10. Nothing awesome, but that’s pretty much to be expected these days.
· When the trailer for Rise’s expansion got going, and the moment I saw Rathalos, I was like, “Well, are they really going to add a Monster Hunter character as playable in Smash Bros.?” But then when I saw “Capcom Presents”, I was like, “Ah, nope.” As for Sunbreak, it’s good to see that they’re going through with expanding upon it. Looks like this will have all manner of additional content. I just wonder how many returning Monsters we’ll get. As I said in my brief comment in an older topic here, “Give me Astalos or give me death.”
· Speaking of Smash Bros., I can fully respect their decision to hand it off to Director Sakurai for the last reveal. This is going to be a pretty big deal, considering how long it’s been going on for. I have my speculations as to who the final character will be, but I won’t share them here, since, y’know, it’s extremely likely I’ll be wrong. At this point, it could be just about anyone…
· Chocobo GP looked extremely cute. I loved how the Chocobo uses roller skates on the track, and how both White Mage and Black Mage are playable. I’ll definitely be getting that when it arrives.
· Kirby and the Forgotten Land looks to be excellent. I just can’t get over how funny it is that they managed to take a post-apocalyptic setting and cutesified it with the Kirby characters. I will say, though… I miss Whippy…
· Metroid Dread is going to be a Game Of The Year, I feel certain. From what little I’ve seen, as someone who has actively avoided all these trailers, I can tell that this is going to be something absolutely fantastic. But then, I actually liked Metroid: Other M, so evidently it’s not all that hard to impress me. (For the record, I will agree with how poorly the story and portrayal of Samus was in that game. I mainly liked the atmosphere, ambient music and combat.)
· Looks like I was wrong in that previous Let’s Talk topic. We’re getting N64 Online after all. I really can’t say whether this is better than Game Boy or not. *shrugs* What I WILL say is how I lol’d when they also announced Genesis Online. This is sheer irony to me, as someone who grew up during (but did not participate in) the “Console Wars”. I already own Sega Genesis Classics, though, so I’m curious as to how they’ll handle the redundancy of the two. (Also, the first Genesis game that came to mind upon seeing that was, “Arrow Flash?” But hoping for Arrow Flash is about the same as hoping for the NES port of Gyruss to appear on the NES Online…)
· Shadowrun Trilogy caught my attention too. I played the original SNES game Shadowrun, but when I saw the unpleasantly violent FPS or whatever it was that was released much later on newer-gen consoles, I didn’t get it. This game’s returning to the roots as far as I’m concerned, and I look forward to learning more about it.
· It amused me how this week’s Arcade Archives actually got announced during this Direct. Big names Pac-Man and Xevious. I’ll be getting Xevious, personally. It also amuses me how perseverant that game is. It manages to get itself ported to every console in existence. It’s like it’s trying to rival Tetris or something.
· Splatoon 3 will be added to my collection first chance I get, though I’ve never been one for Battle Royale games. I’ll probably focus mostly on the story campaign. Glad to see Marie’s returning again. I wonder if Pearl will too?
And that was the Direct for me. It was, indeed, quite good.