[Let’s Talk] Your experience with the Shin Megami Tensei series 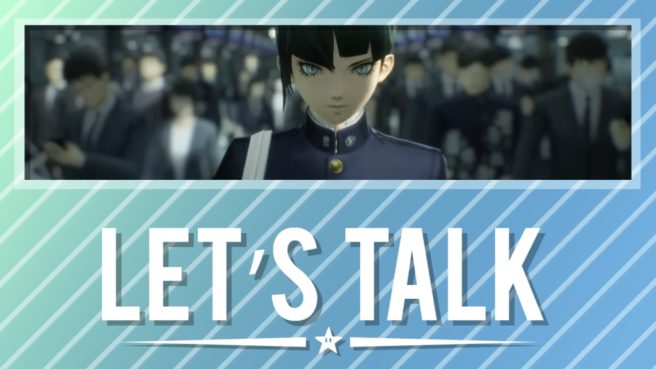 Atlus graced fans with some long overdue news this week. Shin Megami Tensei V, which was announced back in January 2017, will finally release next year. We still don’t have an exact date, but fans can rest easy knowing that they’ll finally be able to play the RPG in 2021.

That wasn’t the only news from Atlus. Shin Megami Tensei III: Nocturne HD Remaster is on the way, which is something entirely new. Japan is getting it first in October, but western fans unfortunately need to wait until Spring 2021.

With a pair of Shin Megami Tensei games on the way to Switch in the future, let’s talk about the series in general. How many of the titles have you played? How do you feel about Shin Megami Tensei overall? Let us know in the comments below.

Paper Mario: The Thousand Year Door is my favorite game ever. So I should logically dislike the new Paper Mario direction, right? I certainly didn’t care for Sticker Star, to the extent that I didn’t even bother with Color Splash. But I can safely say having played The Origami King for a couple days nonstop, this is one of the best in the series. I’d say it’s even better than Super Paper Mario and sits comfortably as the third best Paper Mario game.

It’s oozing with charm and is immersive and engaging in ways I didn’t expect. I haven’t actually felt a level of magic and discovery like this since the very first time I played The Thousand Year Door. The battle system is really unique and gets complex fast. While there is no leveling up, that does not mean battles are useless, as you constantly need more coins and more confetti. You can gather some from the world as you explore, sure, but the battles are a quick way to get what you need. And besides that, they’re so enjoyable to partake in that I find myself not wanting to skip them. Additionally, this is visually the best the series has ever looked and also felt. I highly recommend going into the settings and setting rumble to high as fast as possible. It has the best use of HD Rumble on the system to date.

The only thing I’m missing from the past games is actually in relation to the paper aesthetic, which seems to be a point of contention among the fanbase. People say that the paper references and jokes are too abundant, but it doesn’t bother me as it isn’t too frequent and in fact tends to be well utilized and well written when it does come up. Anyway, the thing I’m missing is houses unfolding when you walk into them like in past games. Nothing too major, but now it just fades out and back in when you walk into a house.

Overall, I love what I’ve played so far. Going in blind has been a delight and I’m happy I did so. This one is surely going to stand the test of time.

The writing makes me smile. The battles are incredibly, incredibly boring and frustrating. I don’t want to have to solve a changing puzzle every single turn. I want to beat the boss and move on. If the bosses were all overworld fights like the macho enemies with running and hammer attacks, I’d be in love with the game. I dread coming across bosses and end up using the Toads so I can end it as quickly as possible.

At first, hype through the roof. Then right before release I watched a few reviews which had convinced me the game was decent but not great. Hype totally destroyed. But now after having played it 5+ hrs…

It’s amazing! Almost everything I had heard compelling arguments against being fun, turned out to be amazing fun. I love the gorgeous environments, exploring and finding toads, the battles are actually challenging and engaging, The coins you earn are actually needed for badges (sorry, “accessories”), useful items and things you must purchase to progress. After the first chapter you can start killing lower level enemies without even battling them. Your HP and confetti bags get upgraded as you progress (and some hidden toads also upgrade your HP +5, incentivizing exploration even more) which provides the same end result as XP but without the mandate of tedious grinding. It has more of a Metroid Prime blueprint for upgrades, and I dig it.

Time will tell if the battles will start to wear thin by the end of the game, but so far I’m in the third streamer area and I’m still loving it.