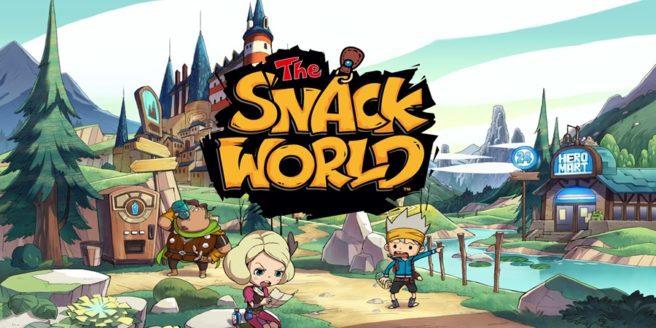 Level-5 has provided an official update regarding the status of Snack World in the west. The franchise will debut in the west next year, the company announced today.

From the creators of Yo-kai Watch, Ni No Kuni, and Professor Layton, journey to Snack World, a nutty place where mythology, fairy tales, and technology are fusion fare! When an evil mogul wrongs the young hero Chup, the boy and his bite-sized crew embark on an epic adventure to seek justice. The smash hit Snack World video game debuted in Japan on Nintendo 3DS platform in 2017 and on Nintendo Switch in spring 2018. The companion consumer products line won Best Japanese Licensed Character (New Face) at the Licensing Japan Character and Brand Licensing Trade Show in April 2018. The tasty franchise continues to dominate at Japanese retail and indicates similar success abroad.

Level-5 will be talking about The Snack World at the Last Vegas Licensing Show. There’s no word yet on game plans specifically, though Snack World: The Dungeon Crawl Gold was rated in Australia last month.