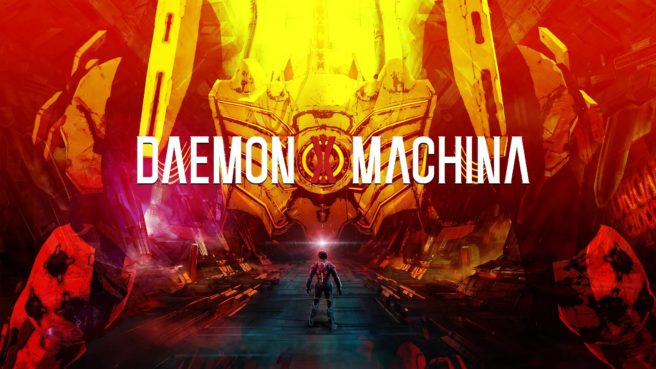 This information comes from a Treehouse Live E3 demonstration…

– Can customize avatar
– Character designer worked on Fire Emblem Awakening and Fates
– Male/female avatar
– Face, hair, eyes, eyebrows, makeup, scar/tattoo customization options
– More options in the final game
– At your base, you can customize your avatar
– Mechs are called Arsenals
– Mech designs worked on Armored Core and Macros
– The more weapons you collect, the more you can have on display in your base
– Empty mech platforms in the base are for multiplayer
– Console in the base lets you access missions, also acts as AI and gives you help
– Customize your own Arsenal with equipment
– Main character part of a mercenary group
– Sometimes go on a mission alone, sometimes with other members
– Player been given a test if they are capable of piloting the Arsenal towards the beginning of the game
– Mission starts when you enter the barrier
– Can play in the air or on the ground
– This mission has tanks controlled by AI
– In this world, AI are the enemies you fight
– Shoot enemies, blow up buildings and have them fall on enemies
– Different items on the map you can use
– Can pick up a car and throw it
– If you blow the car up next to turrets, you can play them up together
– Drone enemies in the game
– Red rocks are fragments of the moon that fell down onto the planet
– These Arsenals are powered by energy trapped in those fragments
– No humans in enemy Arsenals
– Enemy AI live by hacking other machines like them
– Can defeat an enemy and pick up equipment from them in real time as you fight
– 5 icons at the top of the screen, refer to body parts
– Even if your body part is destroyed, can take it from an enemy or take weapons
– Can get graffiti that lets you change the color of your Arsenal
– Time displays on the screen lets you pick up stuff on the map before the mission ends
– Results screen when the mission ends
– This screen shows rewards acquired and more
– For Arsenal, equip right weapon, left weapon, shoulder weapon, auxiliary, right lylon, left pylon
– Can register an Arsenal loadout
– Team put a lot of focus into the art style
– Put a lot of thought into the title, taking inspiration from Deus Ex Machina
– Based on how you can play, you can be a demon or god
– That also inspired the title
– Second mission shown: protect the city and clear out enemies
– A lot of different enemies
– Might be better to use a certain type of weapon depending on the enemy
– In this world, everyone evacuated underground to escape the enemies
– Boss battle in this mission after defeating enemies
– Boss fires missiles, but can shoot them down
– Also attacks with a sword
– Can land on him and fight the boss that way as well
– Full game will have English voice cast
– Space pilots come to help you out with this boss
– Character steps out of the Arsenal and walks around after the boss is defeated
– Can do other things when walking around that will be discussed later