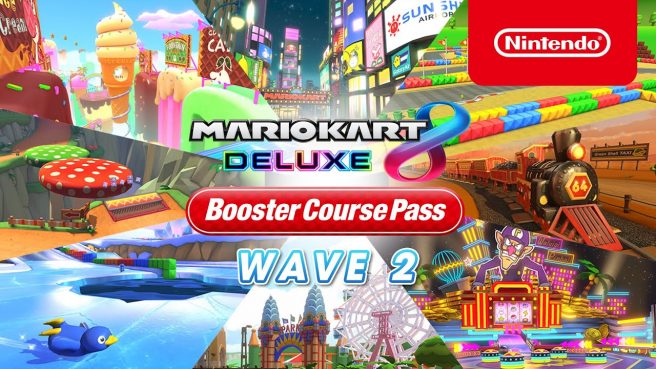 It goes without saying, but the main highlight is support for the second round of Booster Course Pass DLC tracks. However, there are some changes and adjustments as well. For example, the amount of ghosts you can download has doubled to 32, the time it takes for item boxes to regenerate has been shortened further, and more.

The full patch notes for the Mario Kart 8 Deluxe version 2.1.0 update are as follows:

All players can download the new Mario Kart 8 Deluxe update now. The Booster Course Pass DLC is available at no extra cost to Nintendo Switch Online + Expansion Pass members, but it can also be purchased standalone for $24.99.