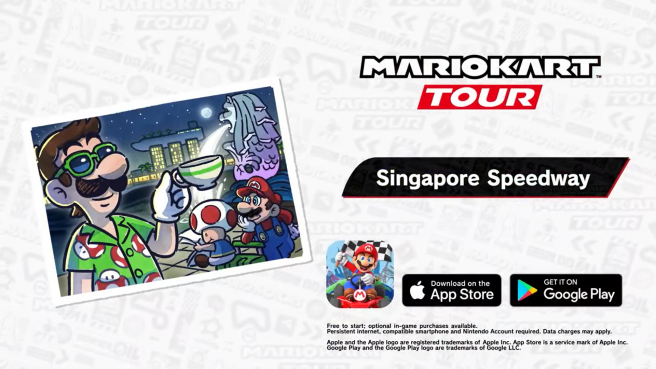 A new track for Mario Kart Tour has been announced via a Twitter campaign launched by the official Mario Kart Tour Twitter page. This new track is the Singapore Speedway, and it has been revealed in a Twitter promotion where players can tweet the hashtag #TraveltheWorldWithMarioKart and a random track trailer will play in a reply to their tweet.

Tours take place in various real-world cities in #MarioKartTour .
Tap the image and tweet the displayed text to receive a randomly selected trailer of one of the nine city courses!
You just may see the new city course where the next tour will take place.

One of the trailers in this collection is from the new Singapore Speedway track, and its video comes with a new costume for Luigi – a vacation getup!


There is no release date with the track’s announcement video, but there is sure to be an update on this soon. The Twitter campaign for these tracks runs until January 31, 2022 at 6:59am PT.