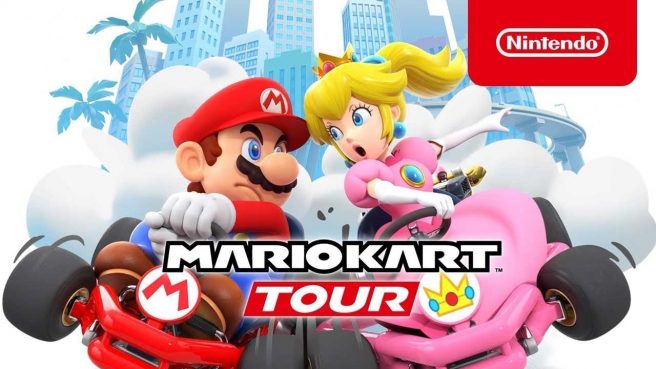 Mario Kart Tour has been updated to version 2.10.0, bringing a slight change to matchmaking and joining games. Now, players can join Standard Races and Gold Races that friends are actively playing.

This update also pre-loads content for future tours coming to the game – including settings such as being able to see detailed play records for each past tour. The release dates for these settings that are coming soon have not been given at this time, but the official patch notes for this update can be seen below for more information.

The following changes are planned to be implemented in future tours:

・You will be able to see detailed play records for each past tour.

・We’re preparing an event in which you can get lots of event tokens.

Mario Kart Tour update version 2.10.0 is available on Android and iOS and is 116MB to download with an additional download data size of 523MB. In addition to the information listed above, this update also addresses a few known bugs that were not listed specifically in the patch notes.