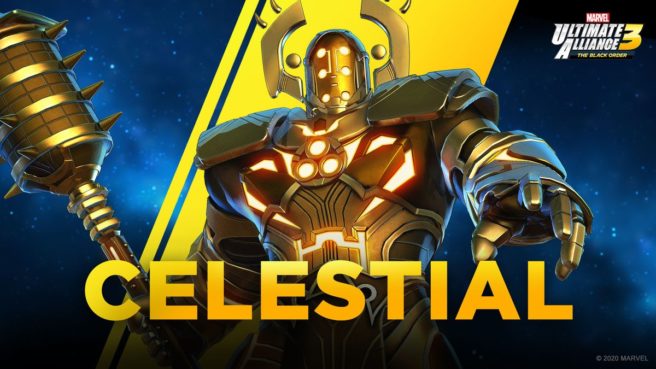 Over the past few days, we’ve been able to see some of the new costumes coming to Marvel Ultimate Alliance 3: The Black Order this week. The reveals have now shifted to a different aspect of the upcoming Fantastic Four DLC.

Marvel Games has revealed that Celestial will be included as a boss. No specifics have been shared about what exactly we can expect, but it should tie into the DLC in some fashion. The official design is shown in the image above.