Marvel Ultimate Alliance 3: The Black Order shows off next wave of costumes 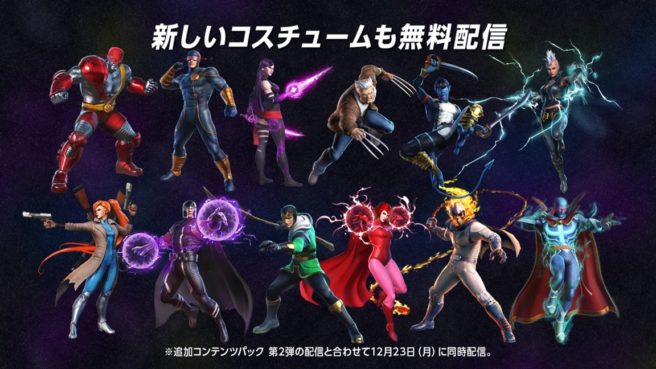 Marvel Ultimate Alliance 3: The Black Order has new X-Men DLC arriving later this month. On top of that, a new round of costumes will also be added on the same day.

Thanks to the Japanese version of the new DLC trailer, we now have a look at which characters will be getting new looks. Colossus, Cyclops, Psylocke, Wolverine, Nightcrawler, Storm, Elsa Bloodstone, Magneto, Loki, Scarlet Witch, Ghost Rider, and Doctor Strange will all have another option. You can check out their new costumes above.